When you look at pictures in a fashion magazine, or even a magazine that follows movie stars, by and large what do you see?  You see people who, according to modern fashion standards, are the most beautiful on earth.  A significant part of their job is looking good, so they can devote time and resources to exercise and enhancement through makeup, waxing, hair products, etc., and in many cases, more extreme measures, like plastic surgery.  Then you have a professional photographer come and take hundreds or thousands of pictures, intended to be flattering, and select the very best two or three.  Finally, digital professionals go to work and scrub out any “flaws.”

There’s obviously push-back against the effects of all this perfection.  First, I’d say modern beauty standards are:

You see all these stars posting natural photos of themselves – without makeup, or showing their stretch marks, or carrying a few extra pounds.  What they don’t seem to get, though, is that when your average American woman goes through childbirth, her body fares far worse, photographically anyway, than a movie star’s.  When your average American woman ages, she probably fails to invest in the type of surgery and intervention that a movie star does, so seeing a famous person without makeup look a little less glamorous is not reassuring.

I’m not really sure what the solution is, and adding diversity to models and movie stars, both in terms of ethnicity and body shape, is undoubtedly a good thing.  But I don’t think it’s going to protect my girls from developing unrealistic standards for beauty.  The only real option if you don’t want your world view skewed is not to consume the stuff – at all.  But for whatever reason, it seems like most of us like to look at pictures of beautiful people, at least from time to time.

Loose mommy skin, really?  You should see my tummy.

Ah, Olympics, how much do I love thee?  Let me count the ways . . . Favorite moments so far:

2.) The unbelievable skate by Zagitova of OAR in the team competition.  I can’t wait to see her in the singles competition.

3.) Watching Shaun White ace his second run.  I didn’t think he had it in him, and midway through, my heart just started pounding.  (I wasn’t thrilled to learn about his sketchy behavior, but I didn’t hear about that until afterwards.)

4.) Watching the South Korean women come back from a fall and a large deficit to win their heat and make it through to the finals of one of the short-track relays

I love the Olympics for giving moments of pure wonder and emotion.  These people work so hard, and you can debate whether devoting your life to performing spins on ice is a worthwhile endeavor, but their dedication and fortitude inspires me.

I’m heading towards a record-high week of mileage, and since I’m not exactly heading towards the Olympics anytime soon, I can’t help but ask myself why.  My left knee is bothering me, and I’m not exactly sure what to do about it.  Nevertheless, I want a new PR, so I’ll keep on.  This weekend, I’m planning a 14 mile run (though it’s supposed to snow, so I may end up re-scheduling for early next week), and after that it’s taper time, with a gradual reduction in miles until my race on March 10th.

We are heading to Whidbey Island for a few days next week.  It’s our first trip in quite some time, and I can’t wait.  We rent a house right on the water.  It’s quite close, so the trip will be easy, and the house we stay in has tons of random games and stuff for the kids to explore if the weather isn’t good.  (Chances of the weather being sketchy: excellent.)

I found this video of a midair skydive rescue inspirational.  I guess if you’re skydiving, the chances you might have to be a hero are higher than normal, but you really just never know when you’re living your normal life and you’ll be called upon to act and make decisions that will have permanent implications for your self and/or others.

I’ve gone cycling three days in a row.  Day 1 was the Magnuson Duathlon.  I picked this as my first multisport race because I figured it would be easy.  3 miles run and 10 mile cycle – what could go wrong, right?  Ha.  Well, being Seattle, the obvious thing that could go wrong did – an unrelenting downpour.  I decided to go in large part because I’d told two friends I’d be there, and I didn’t want to stand them up.  In any case, it was in the low 40s and just pouring.  I huddled in my car until a few minutes before the start and then did the run.  I haven’t seen the results yet, but I did the run (2.5 mi) at about 8 minute pace.  I was a bit chilly and damp, but I felt more or less fine, and not too tired.  Then, I got to transition and found my stuff completely soaked.  I’d forgotten to bring a plastic bag and figured the soft-sided bag I’d brought might provide some protection.  Nope.  The extra layer I’d planned to don was extremely wet.  I decided not to put it on, which in retrospect I think was a mistake.  The course had a lot of puddles, so my feet were utterly soaked.  I put on my wet gloves, and switched out my soaking Gore-tex jacket for my precip jacket which was damp but not soaked, thanks to having been on the bottom of the bag.  That was also a mistake – the precip jacket is water “resistant” and it resisted the pouring rain for all of about a quarter mile.  100 feet into the cycle I knew I was in trouble.  I was just so cold.  The whole thing was very tough.  I knew cycling 10 miles should take only 40 or 50 minutes, but it felt very long.  One of my friends cycled with me the whole time, which was nice.

After the cycle, I got off my bike.  I guess I’d heard about the brick thing where your legs feel like bricks, but what I wasn’t prepare for was my feet to be completely numb.  My feet were so numb from cold that I could barely walk / run on them.  Fortunately, the second run was only half a mile.  I’m not sure I could have made it much farther.  I ran straight from the finish line to my car where I cranked up the heat and changed clothes, to the skin, into some warm clothes I had brought with me (my only smart move of the day).  Then I drove home, which took about 35 minutes.  I literally could not stop shaking from cold the entire time.  I wasn’t really able to warm up until I got into a hot shower when I got home.  That was HEAVEN.  After the hot shower, I took a hot bath.  Then I went and sat in front of the fire.  So. Nice.

I’m not sure what lesson to take from all of this.  Don’t do duathlons in the rain?  Invest in more Gore-tex?  It really makes me not want to do a triathlon featuring cold water.  I had been considering doing a tri in early June which would feature water at about 60 degrees.  I’m now thinking maybe I should wait until later in the season.

There were only 23 people crazy enough to do the duathlon.  11 of them were women, and I was the third female finisher.  There were no awards, but my friend from work was kind enough to pick up a finisher’s medal for me.  (I was too cold to notice or care that they had such items at the finish line.)

According to this, my English vocabulary size is 30325.

★★★ Top 0.01%
You are Shakespeare! You can even create new words that will expand the English dictionary.
How about you?  I’m guessing most of my friends will get a similar result.  My husband informs me that I don’t speak like a normal person.  He says he’s used to it.  Anybody else get accused of this?

Normally, I find articles about the houses of the superrich a little irritating, but this one is rather cool.  Lots of photos at the link. 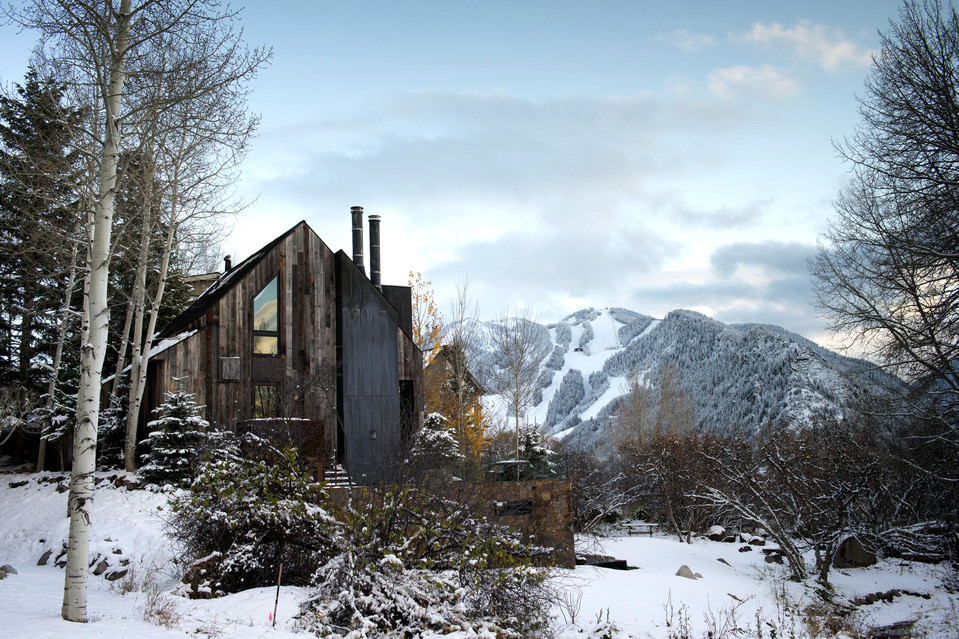 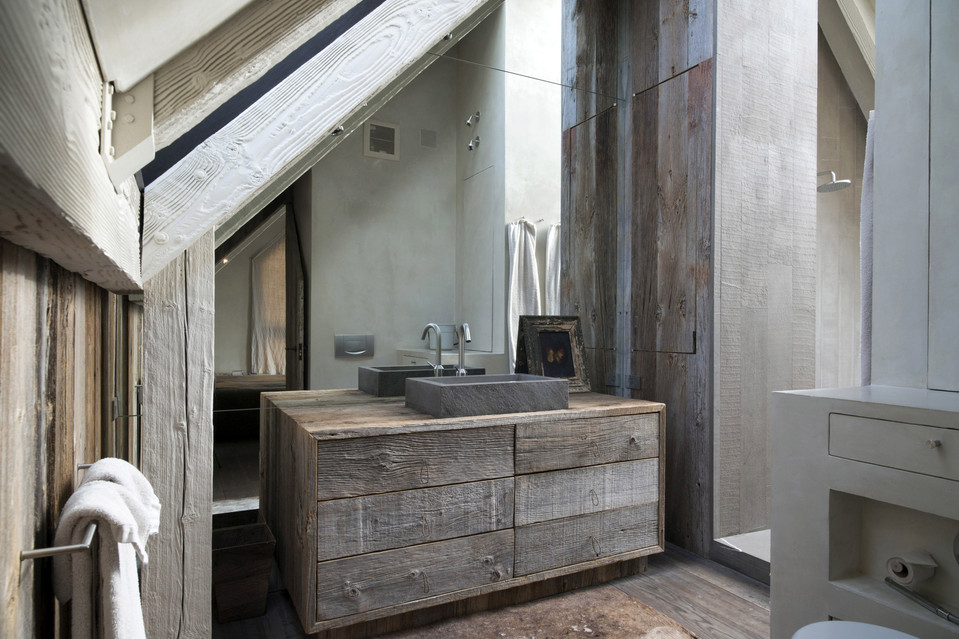 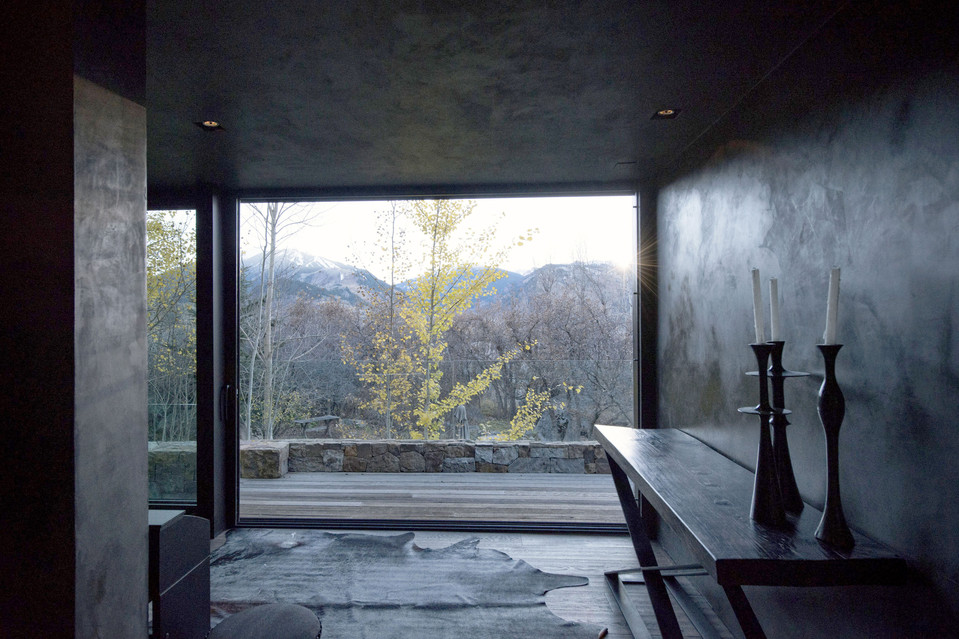 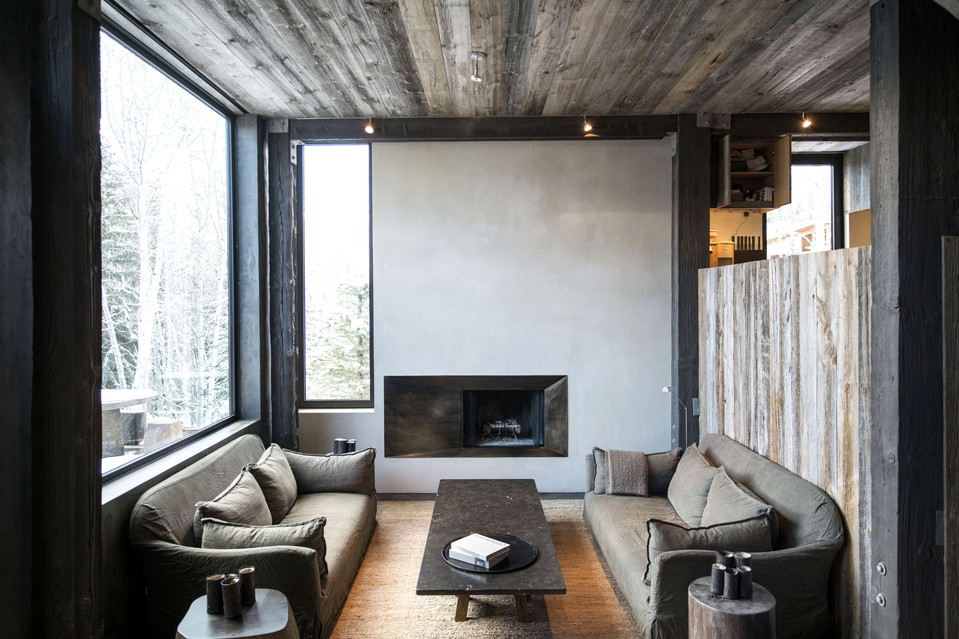 B got her MMR shot a few days ago.  I’m really hoping she doesn’t have a reaction to the vaccine.  L had a likely vaccine reaction that was rather scary.  Of course, L ran a fever after all her vaccines.  I used to schedule them on Fridays because I knew I’d be pulling an all-nighter afterwards.  B, on the other hand, has had little or no reaction to her vaccines thus far.  Only about 5 to 10% of kids have a reaction to MMR featuring a fever of 103 and sometimes a rash, as L experienced.  So, unless there’s a genetic component, it seems unlikely that B will be in that minority.

I have to say that I disagree with the recent California vaccine law.  Parents are no longer allowed to opt out of vaccines for any non-medical reason if they wish to send their child to day-care or school.  Since most families cannot afford a full-time stay-at-home parent, this is tantamount of requiring children be vaccinated, full stop.  While I think vaccination is an important public health issue, I also support personal freedom, and I think laws should strike a balance between the two.

Here are some facts to contemplate . . .

1.) The MMR vaccination rate has been constant or increasing in the US at 92 to 93% for the last twenty years.

2.) The rate of vaccination required to eradicate the measles eventually is thought to be somewhere in the high 80s.

3.) There has been one measles death in the last decade.  There were something like 20 pertussis deaths in the last major outbreak.  In contrast, consider other preventable deaths.  30,000 deaths annually due to gun violence.  2300 deaths annually due to SIDS.  (And yes, SIDS, while not 100% preventable, can be very much reduced by proper attention to sleep safety.  I would venture a guess than less than 10% of parents follow all sleep safety guidelines.)

4.) Measles outbreaks and pertussis outbreaks are not solely or even primarily driven by unvaccinated children.  Germany, for example, had a much more severe measles outbreak than we did, and they vaccinate 98% of their kids.  Undervaccinated adults (those who were not vaccinated, or received only one dose of the measles vaccine as used to be recommended) are a major driver as well.  Undervaccinated kids and adults (as opposed to unvaccinated) also tend to drive the pertussis outbreaks.  In other words, instead of forcing people who do not wish to vaccinate to do so, we could educate and encourage those who do vaccinate to stay up-to-date on their vaccines, and take measures to get teens and adults to vaccinate themselves against pertussis.

Am I the only one that likes ogling celebrities dressed to the nines?

I just do not find Beyonce as attractive as everyone else seems to.  This outfit is not figure flattering.  It reminds me of something someone might wear in mourning. 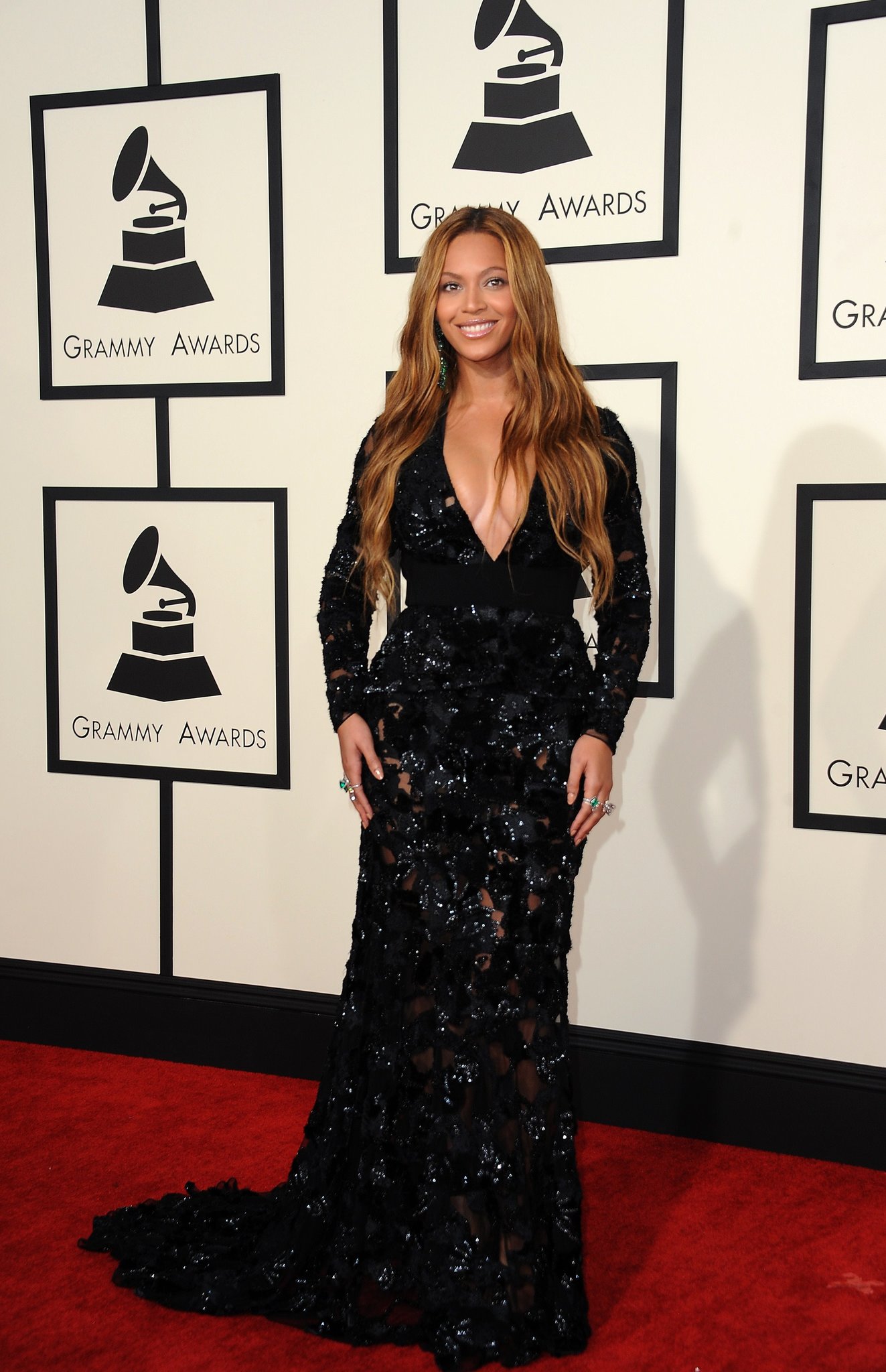 I kind of love this, though: 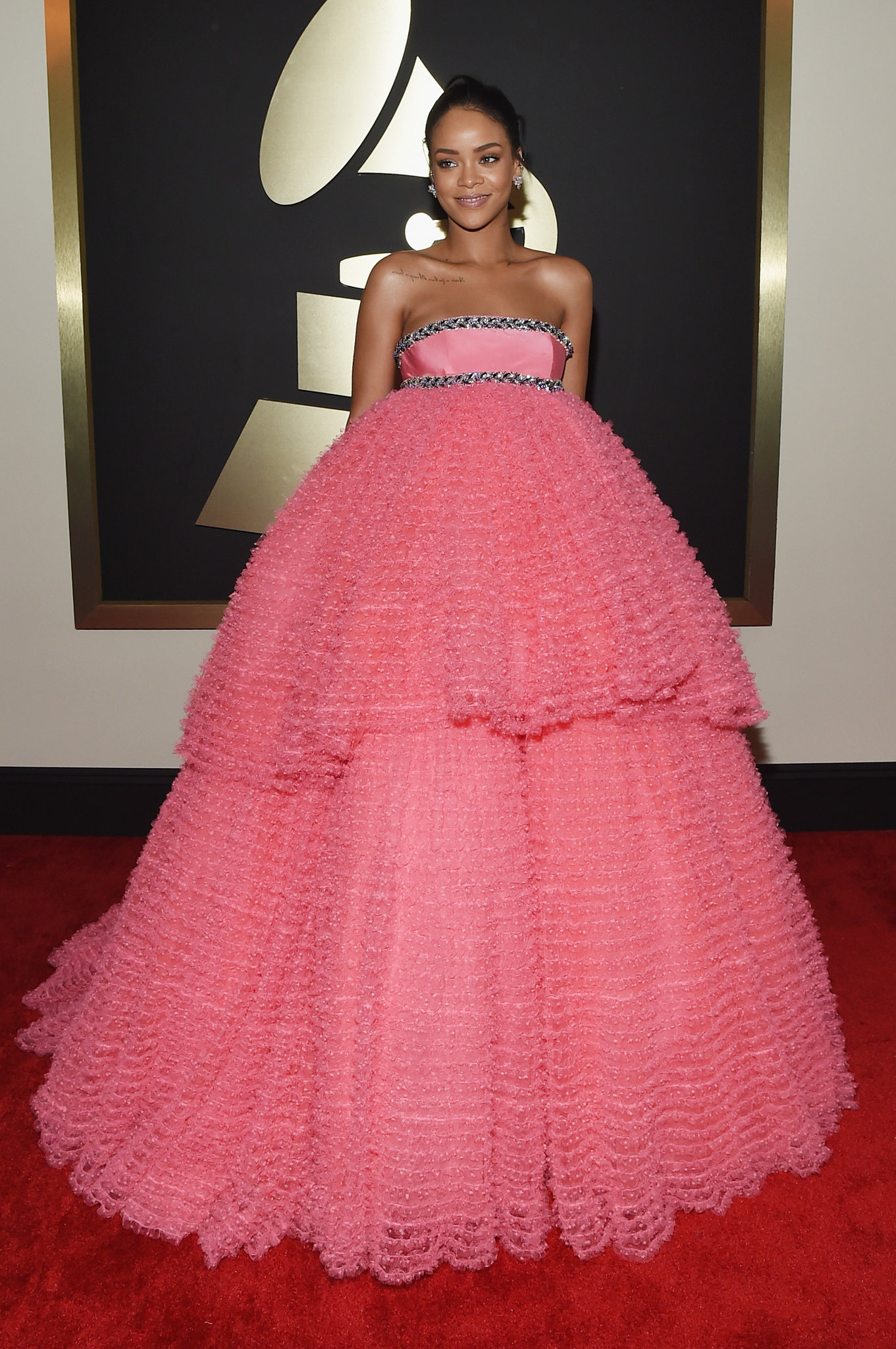 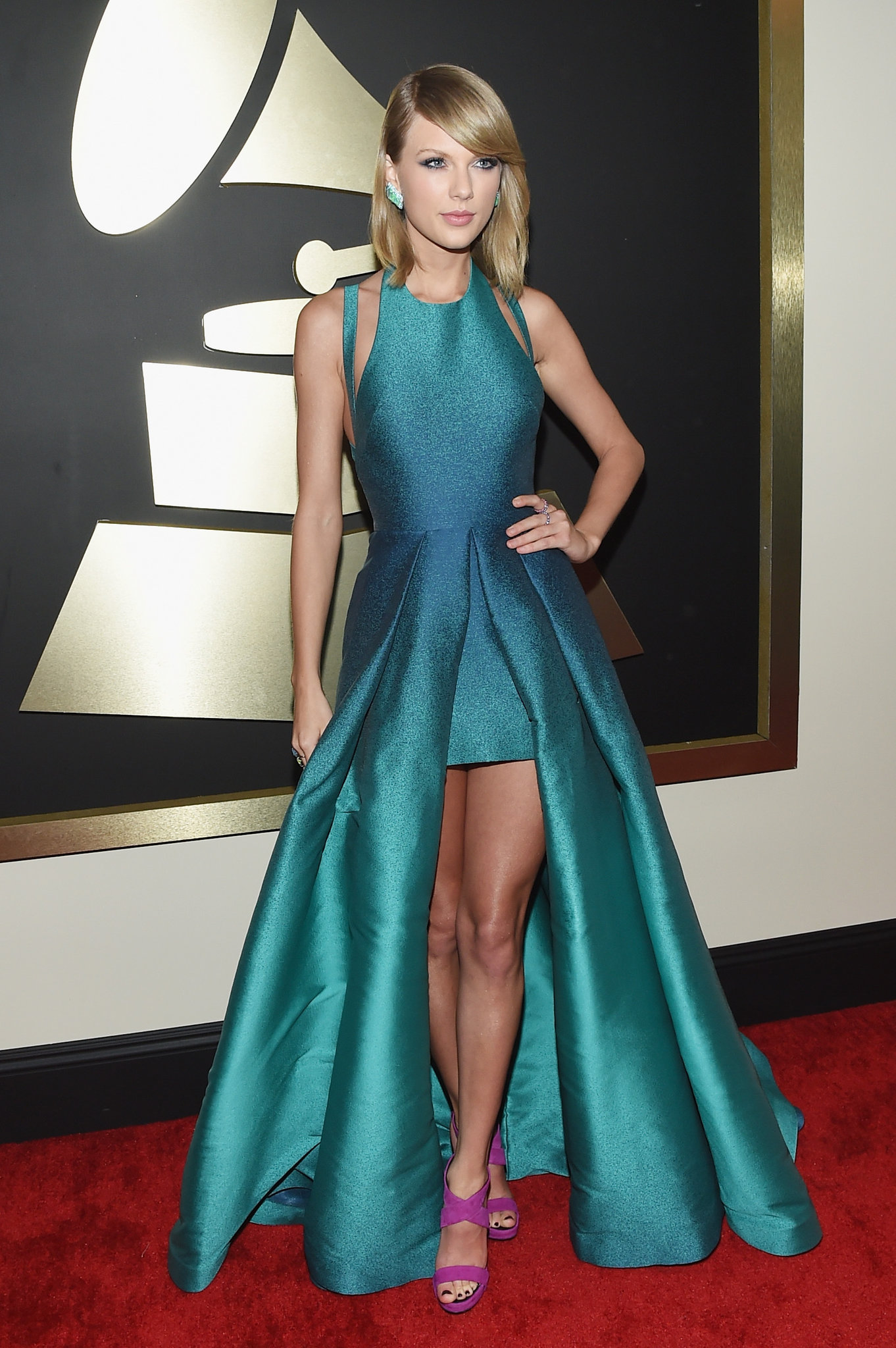 Sparkly black is just not doing it for me here either: 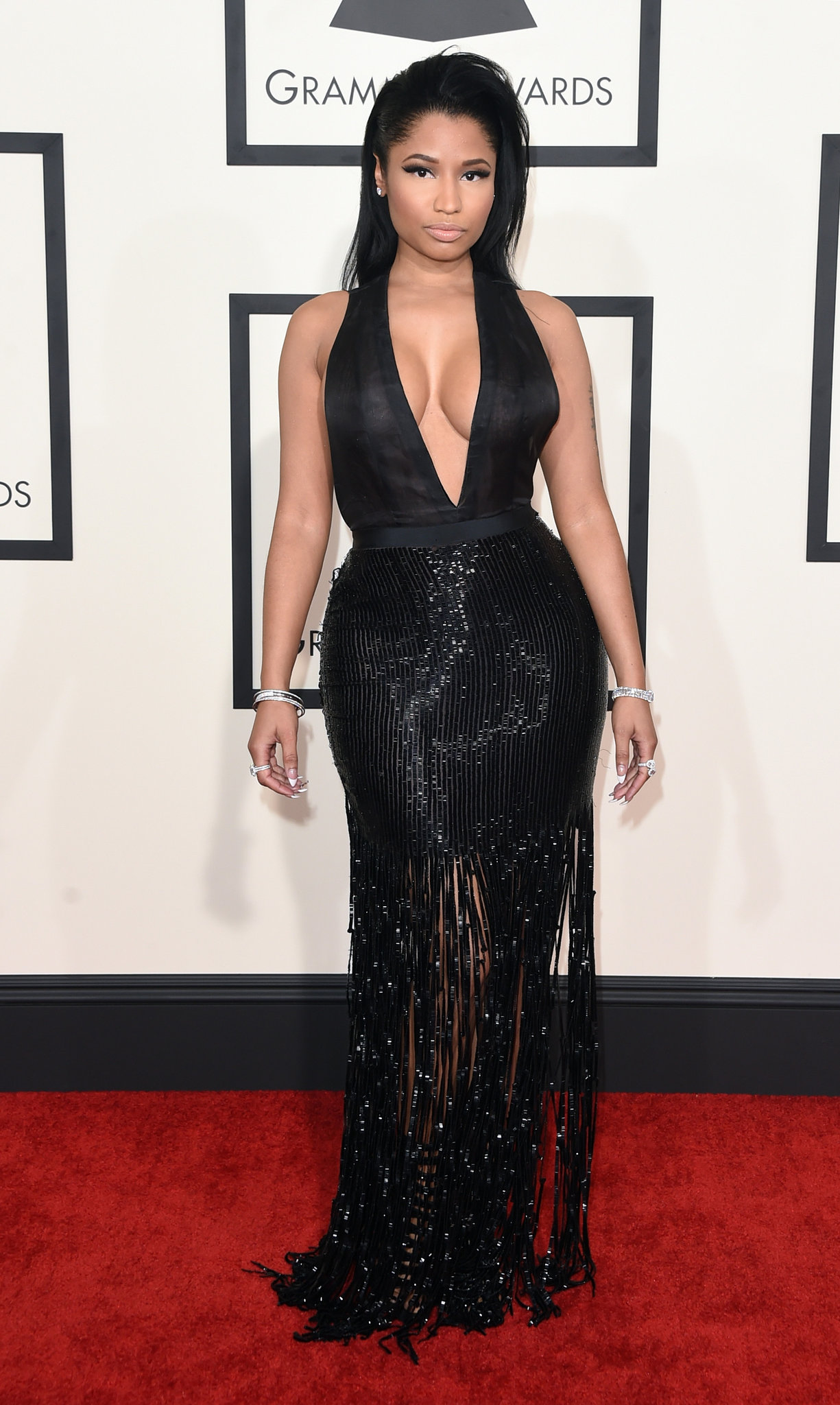 Why is Kim Kardashian wearing a bathrobe? 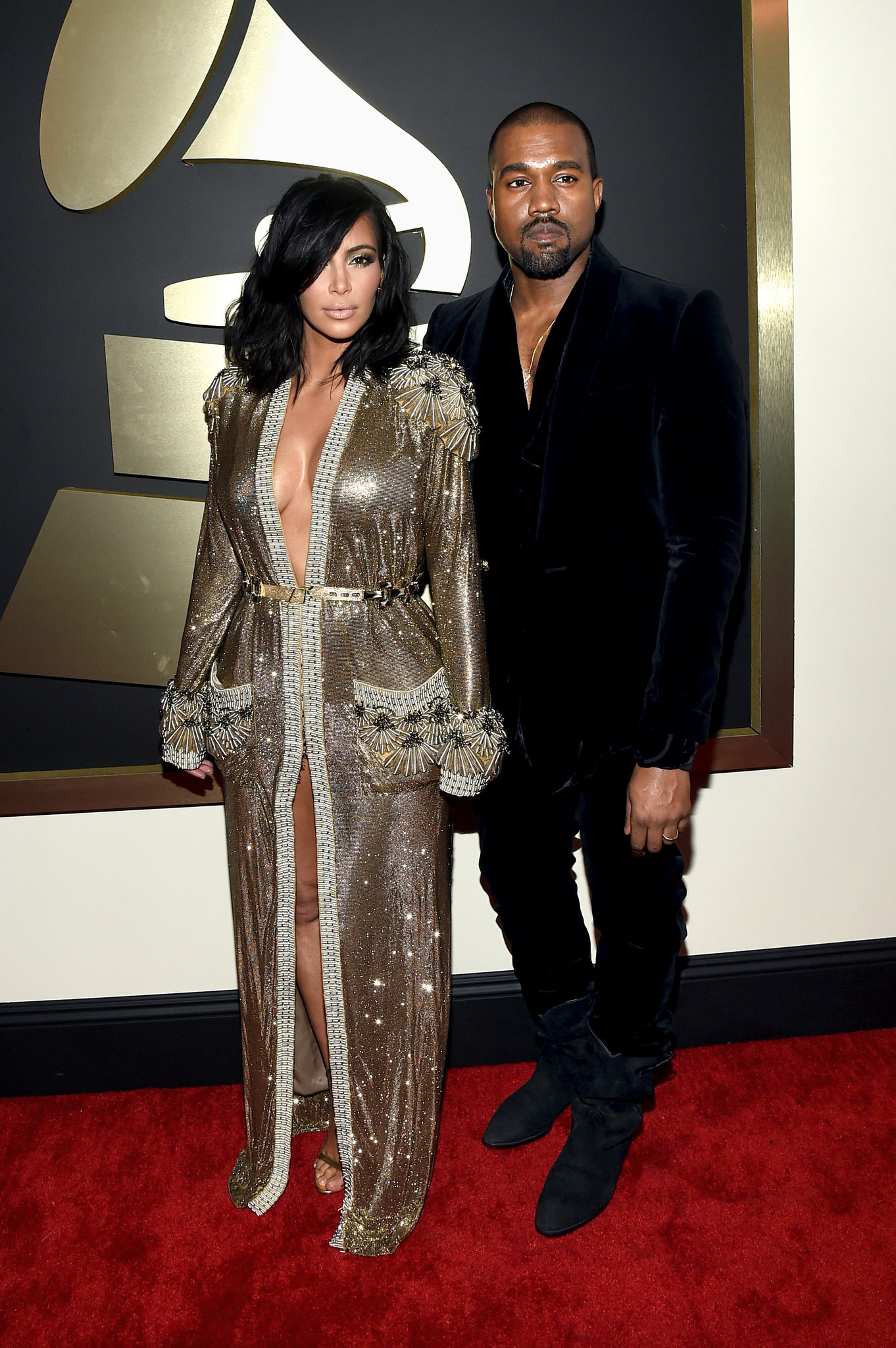 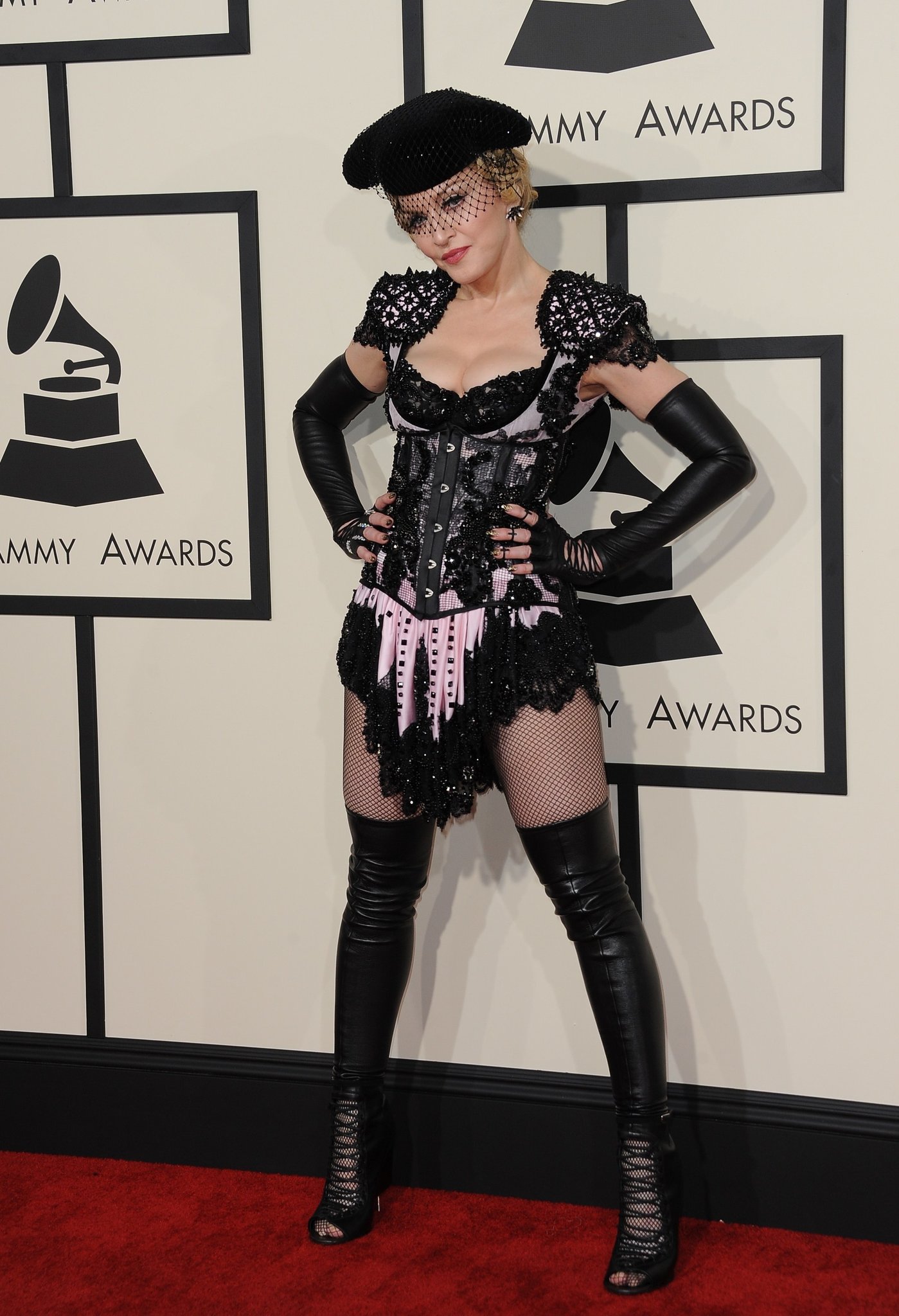 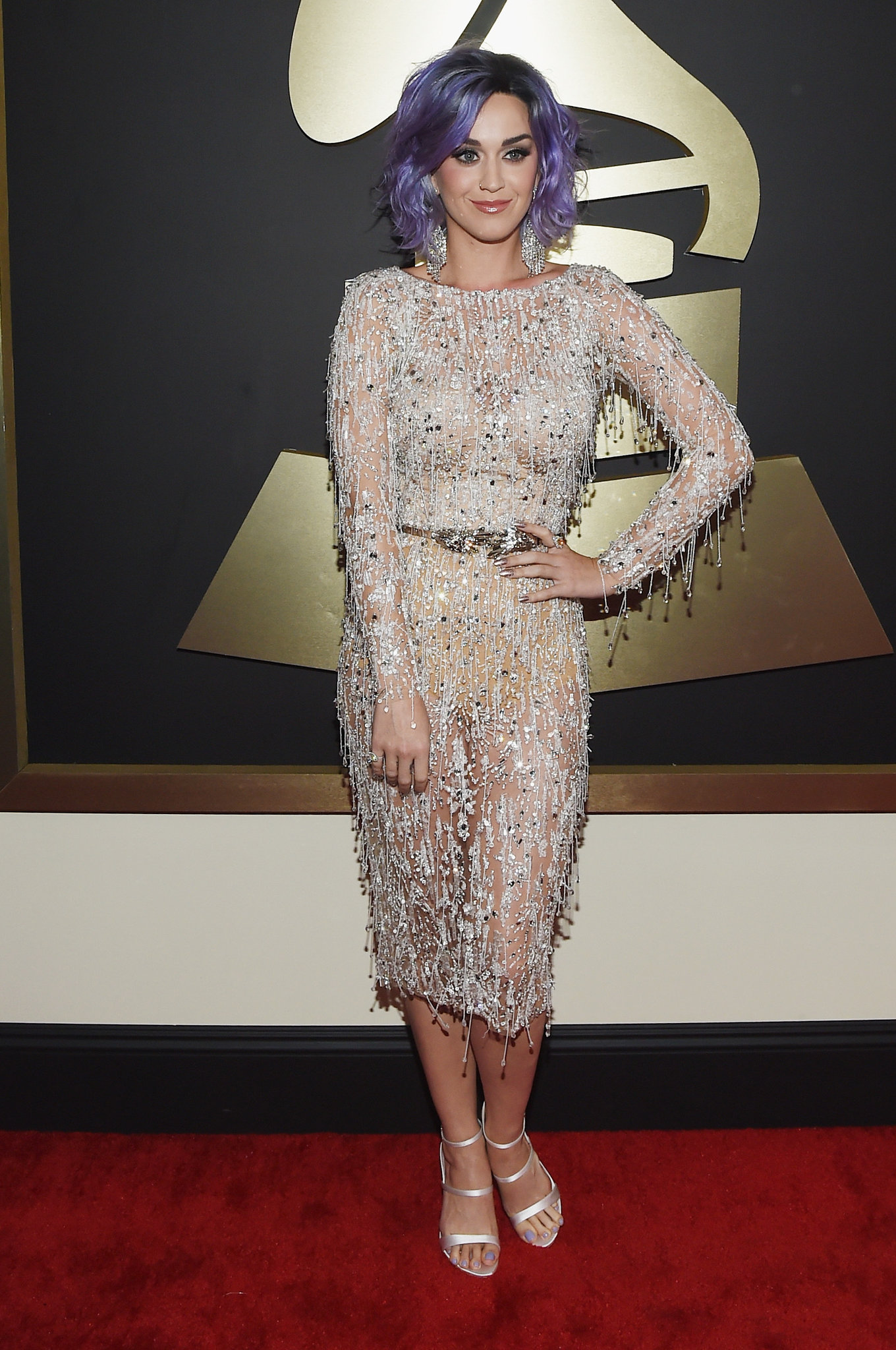 So restrained for Gaga.  So boring. 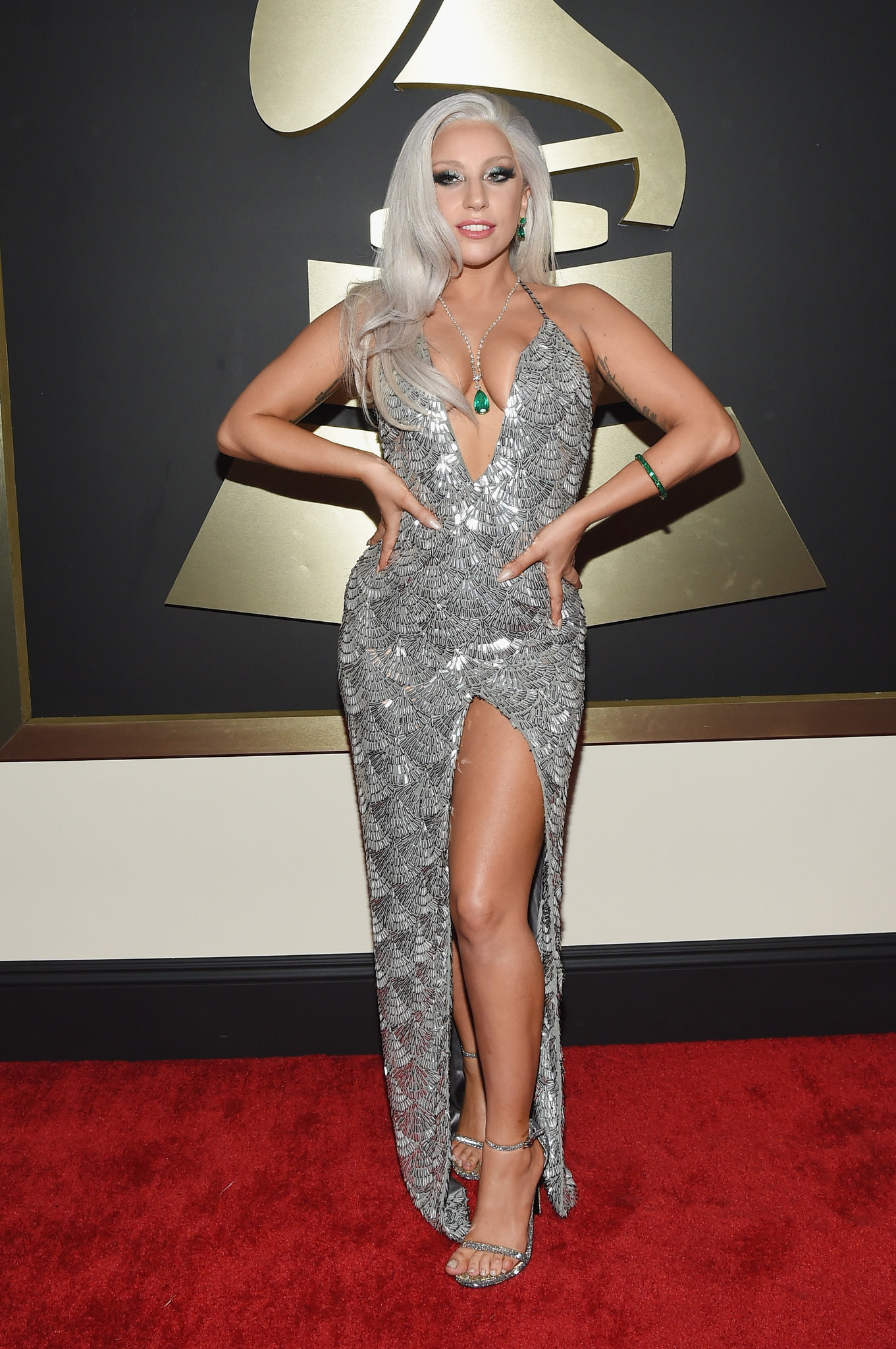 I wouldn’t (couldn’t, more accurately) wear it, but it’s Miley at least looks kind of interesting: 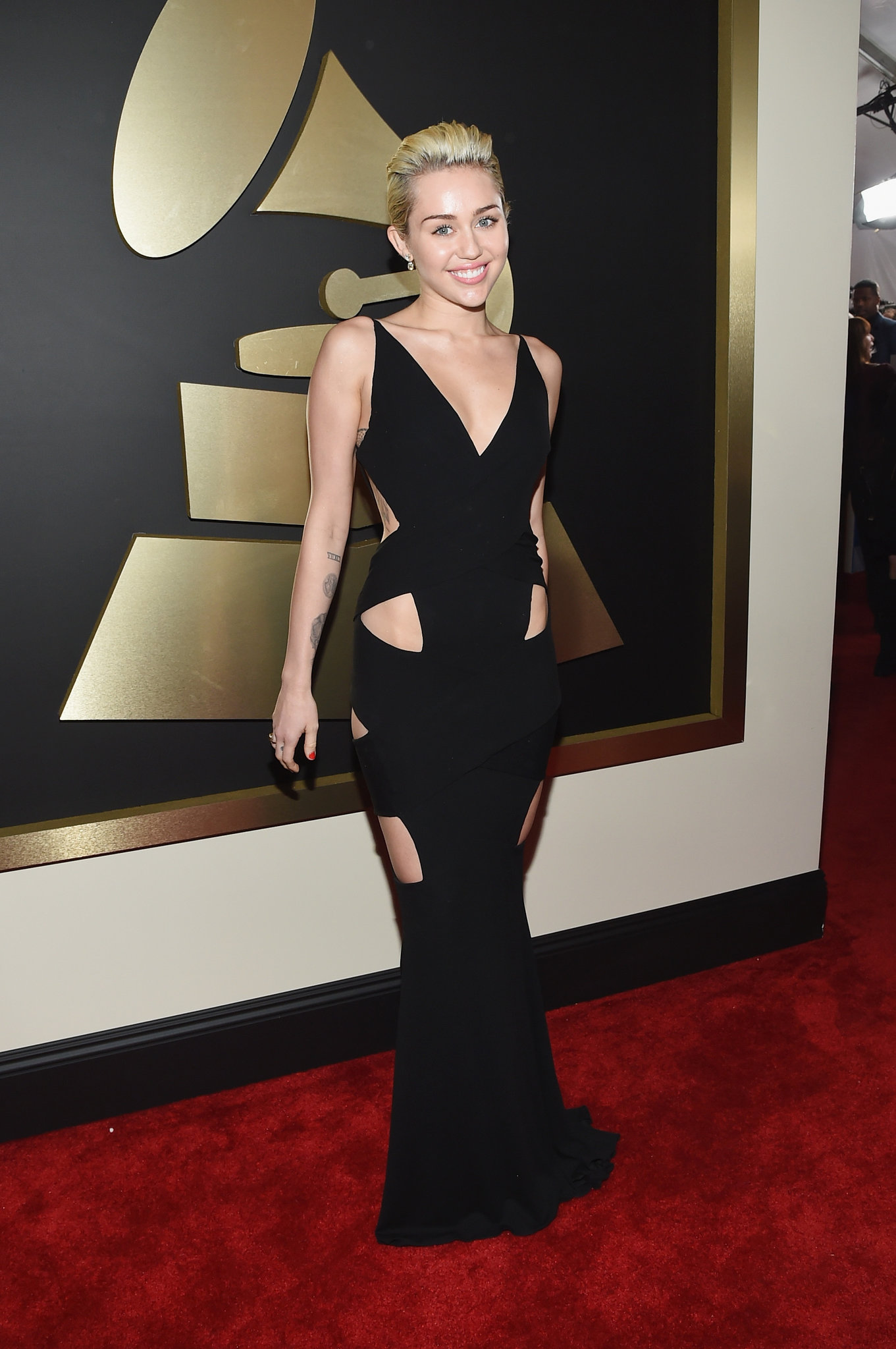 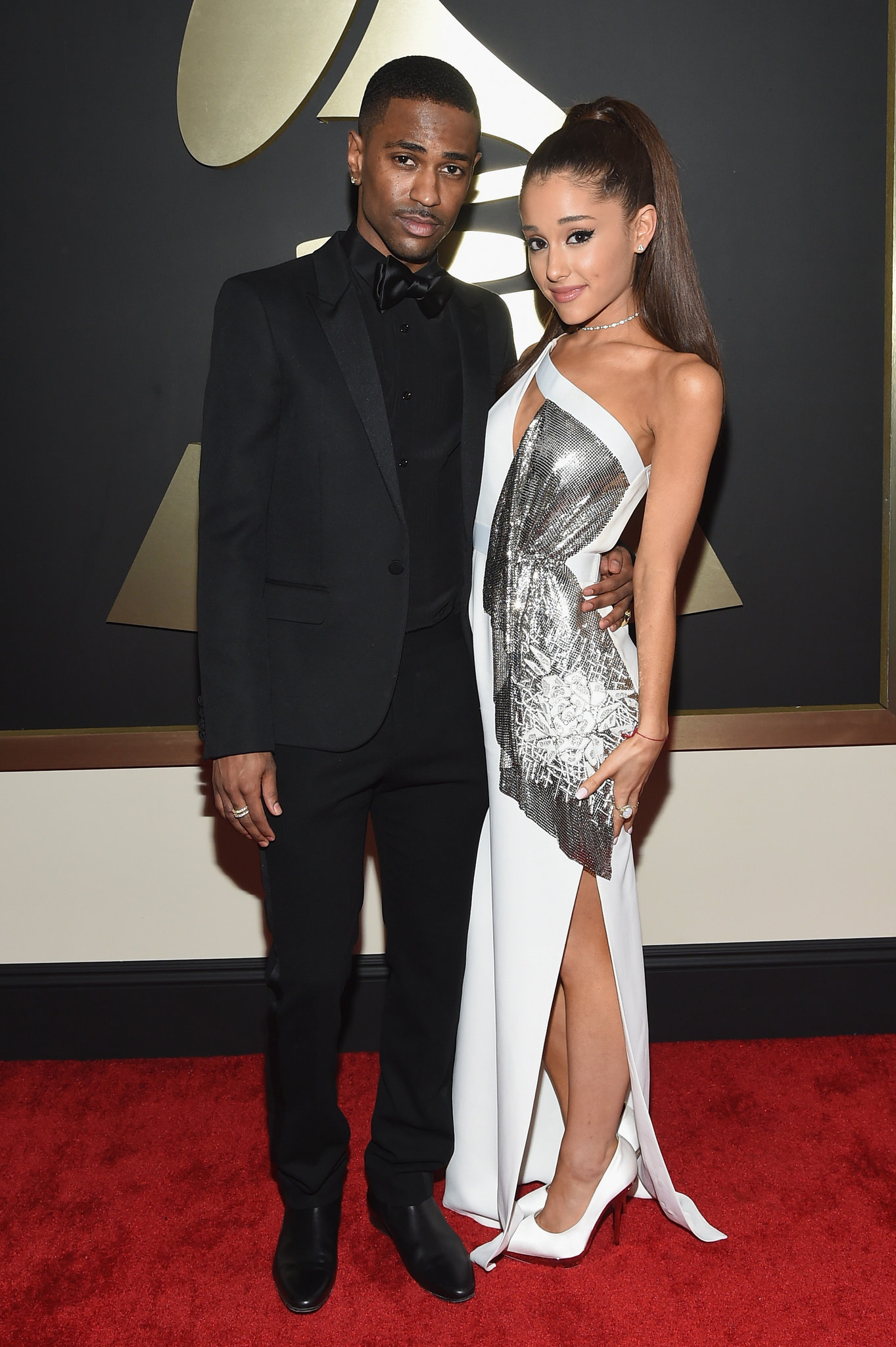 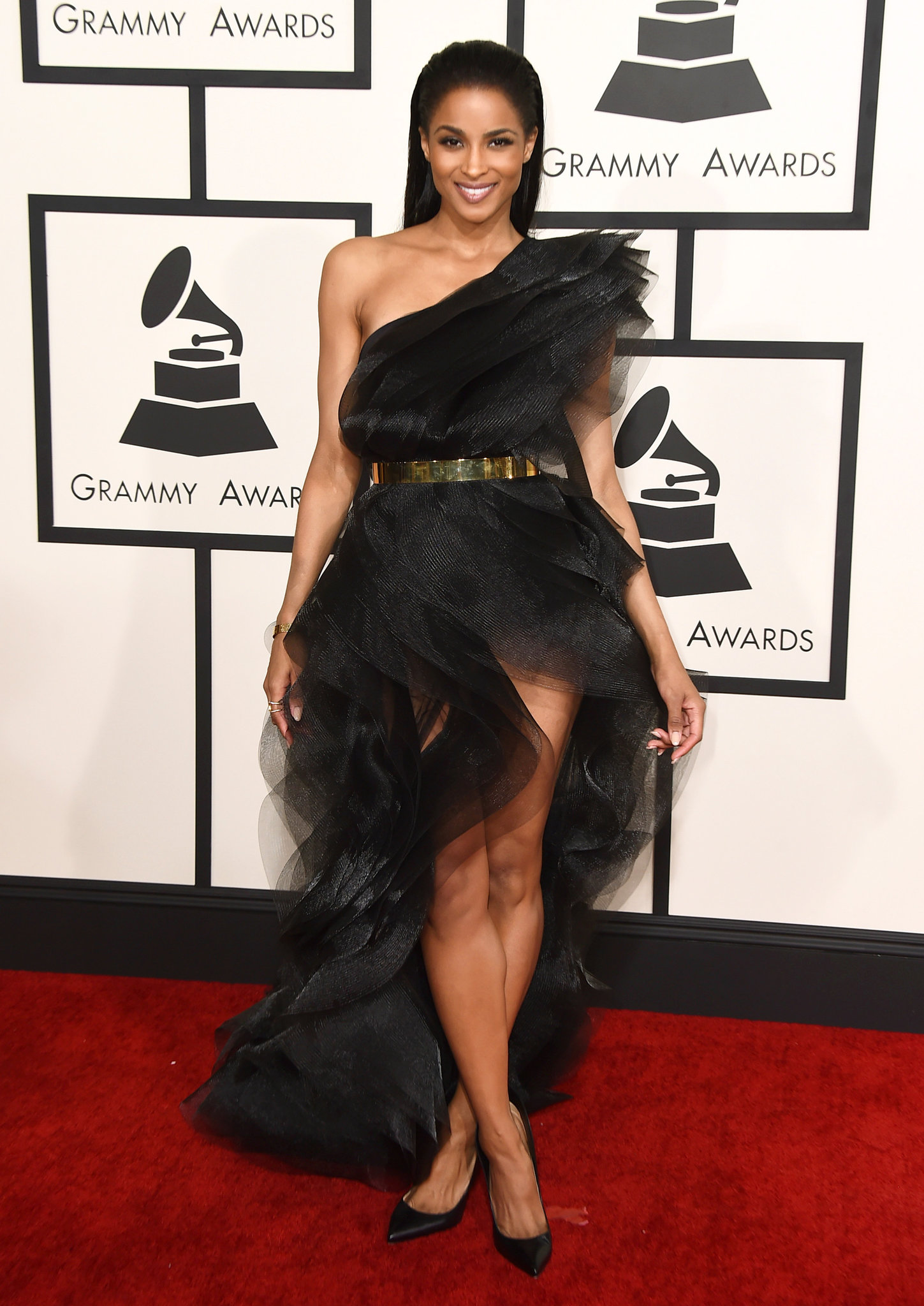 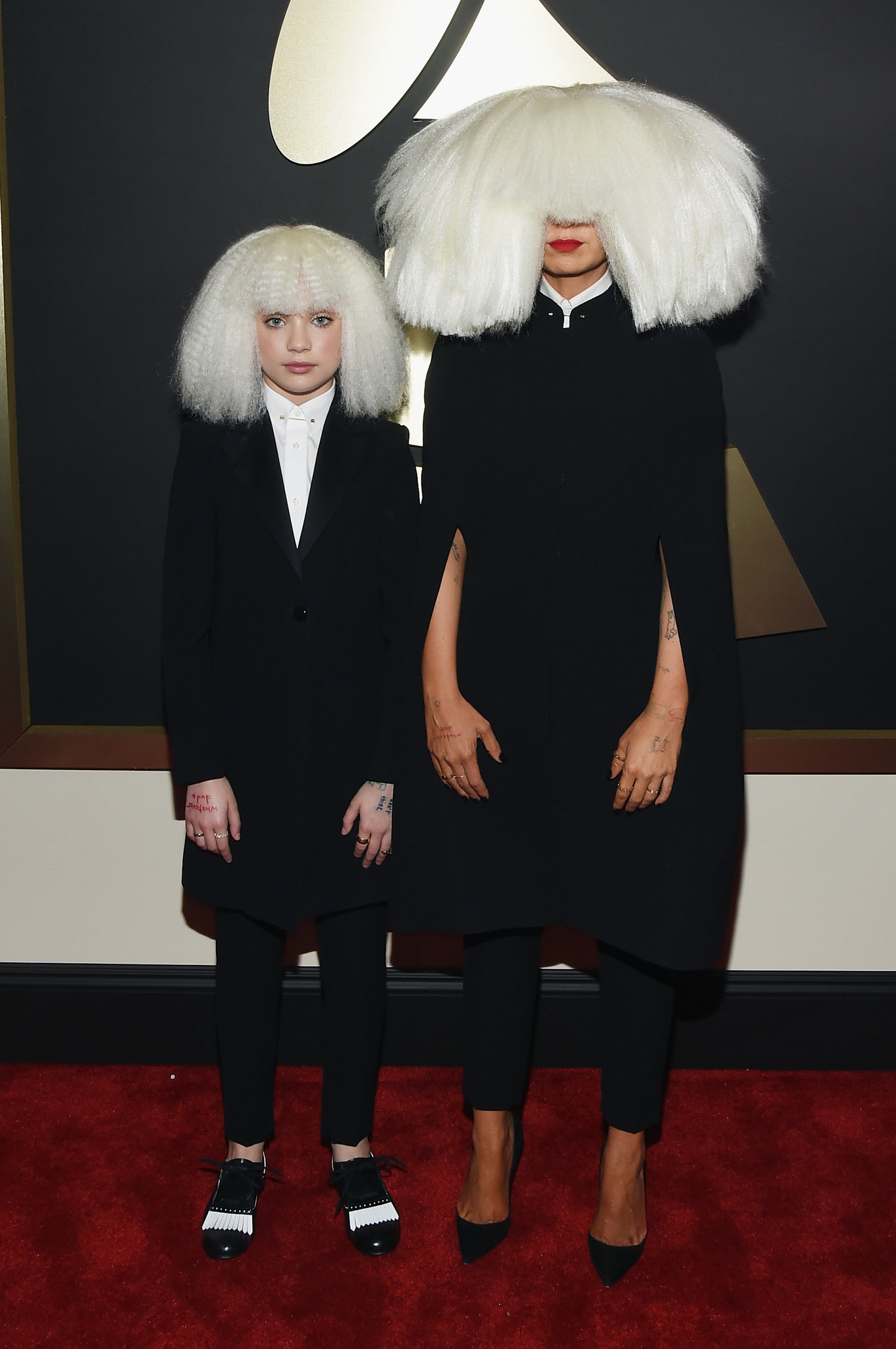 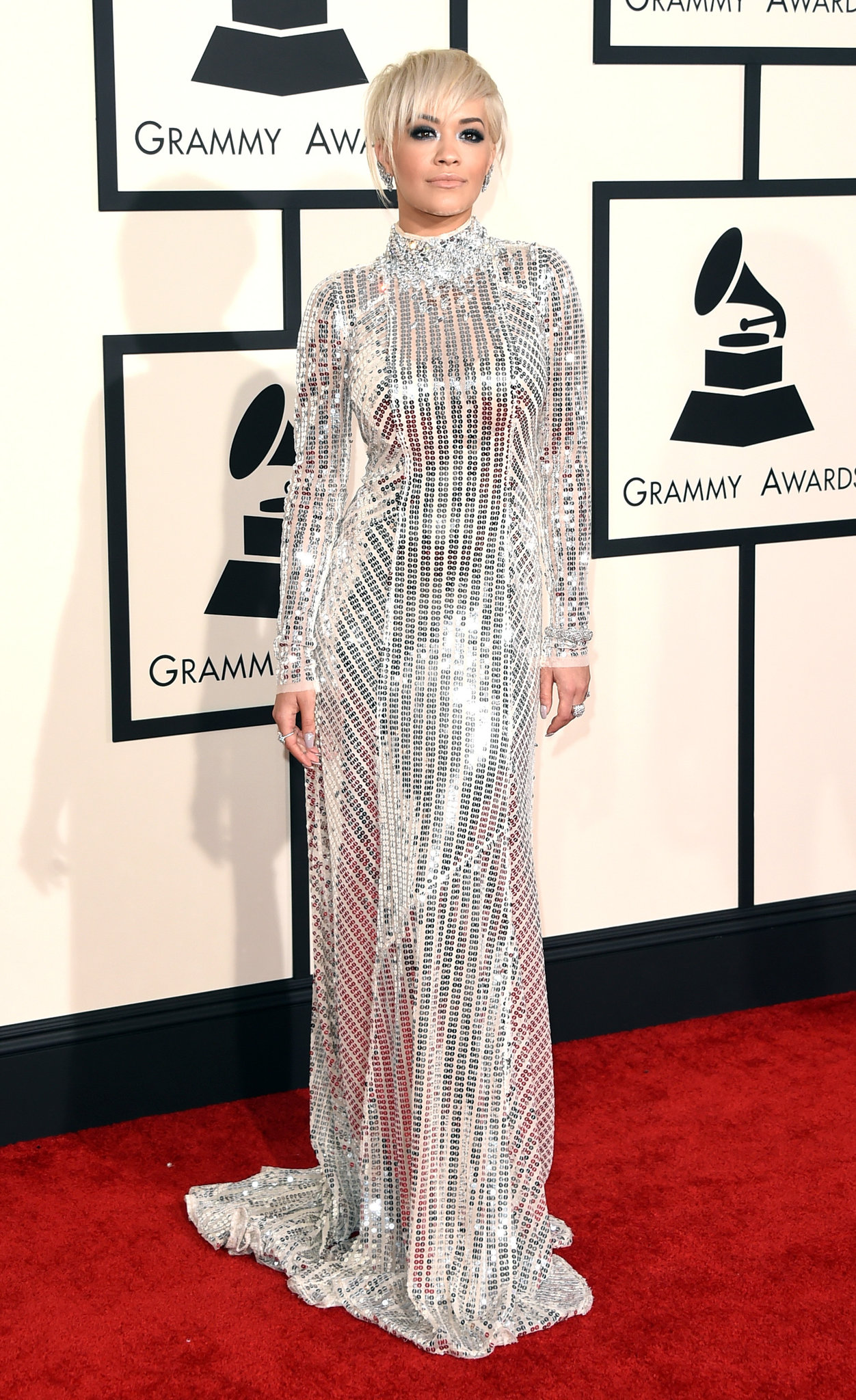 Worst outfit of the night? 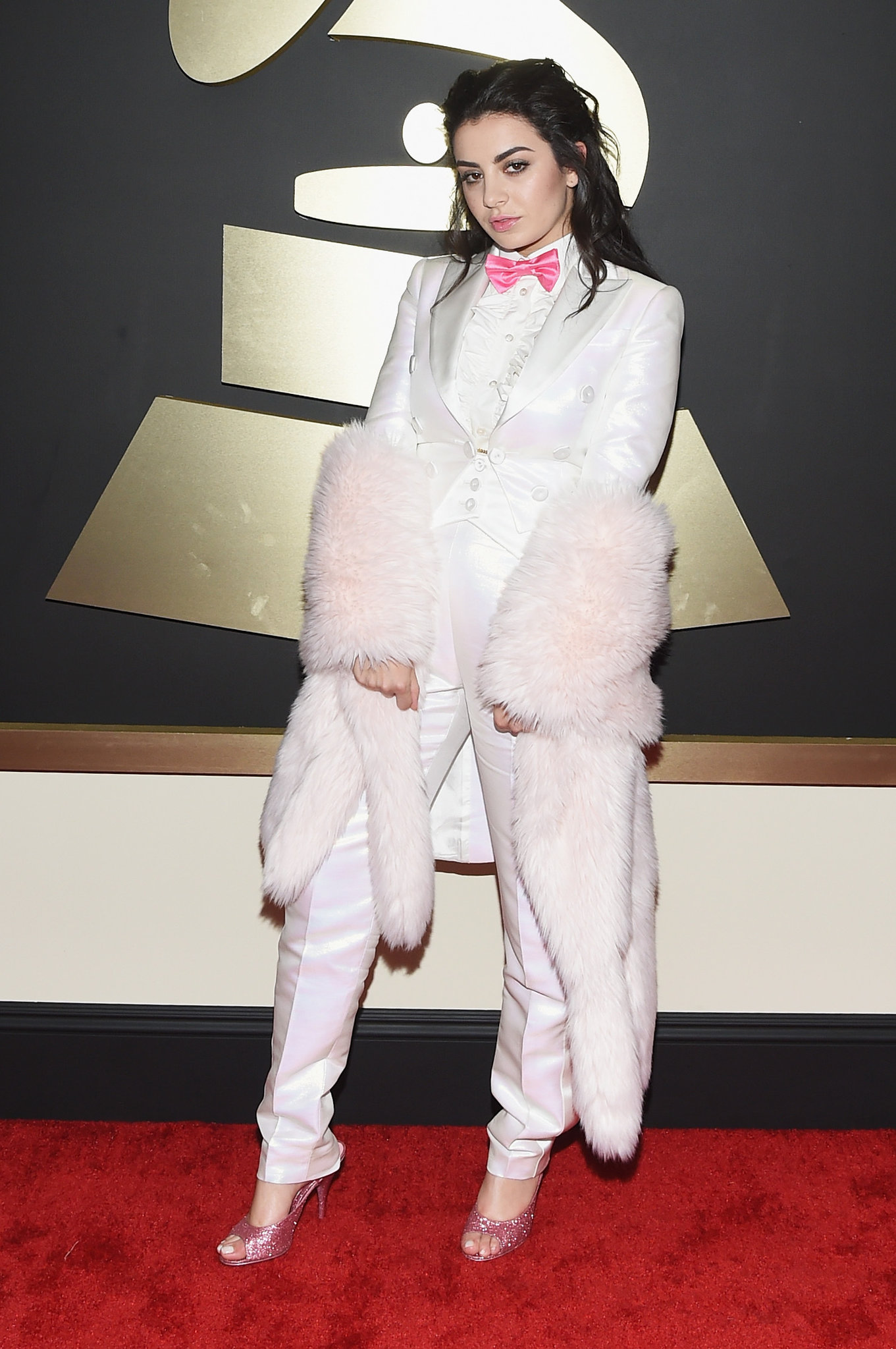 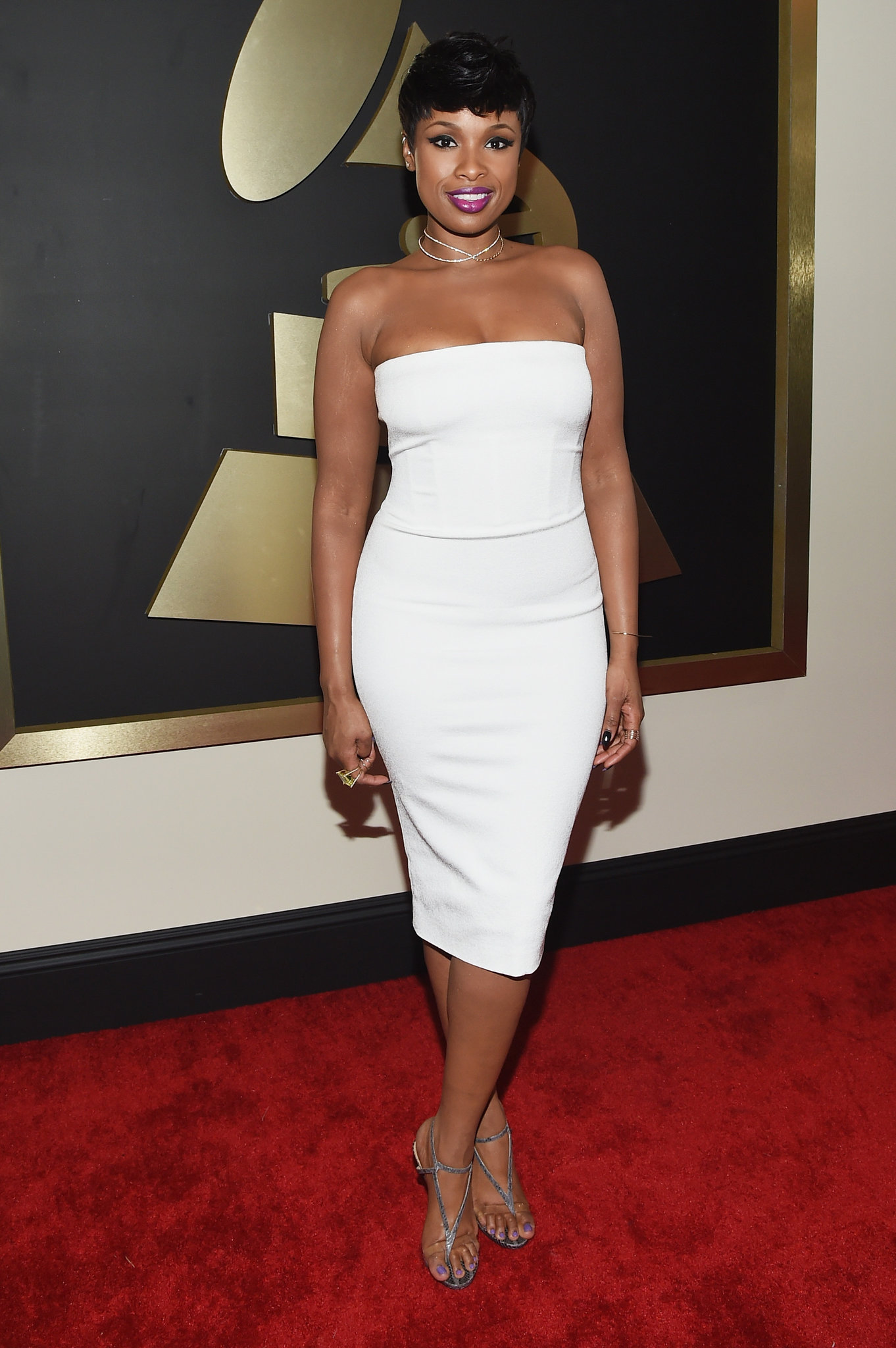 Interesting, maybe in a good way: 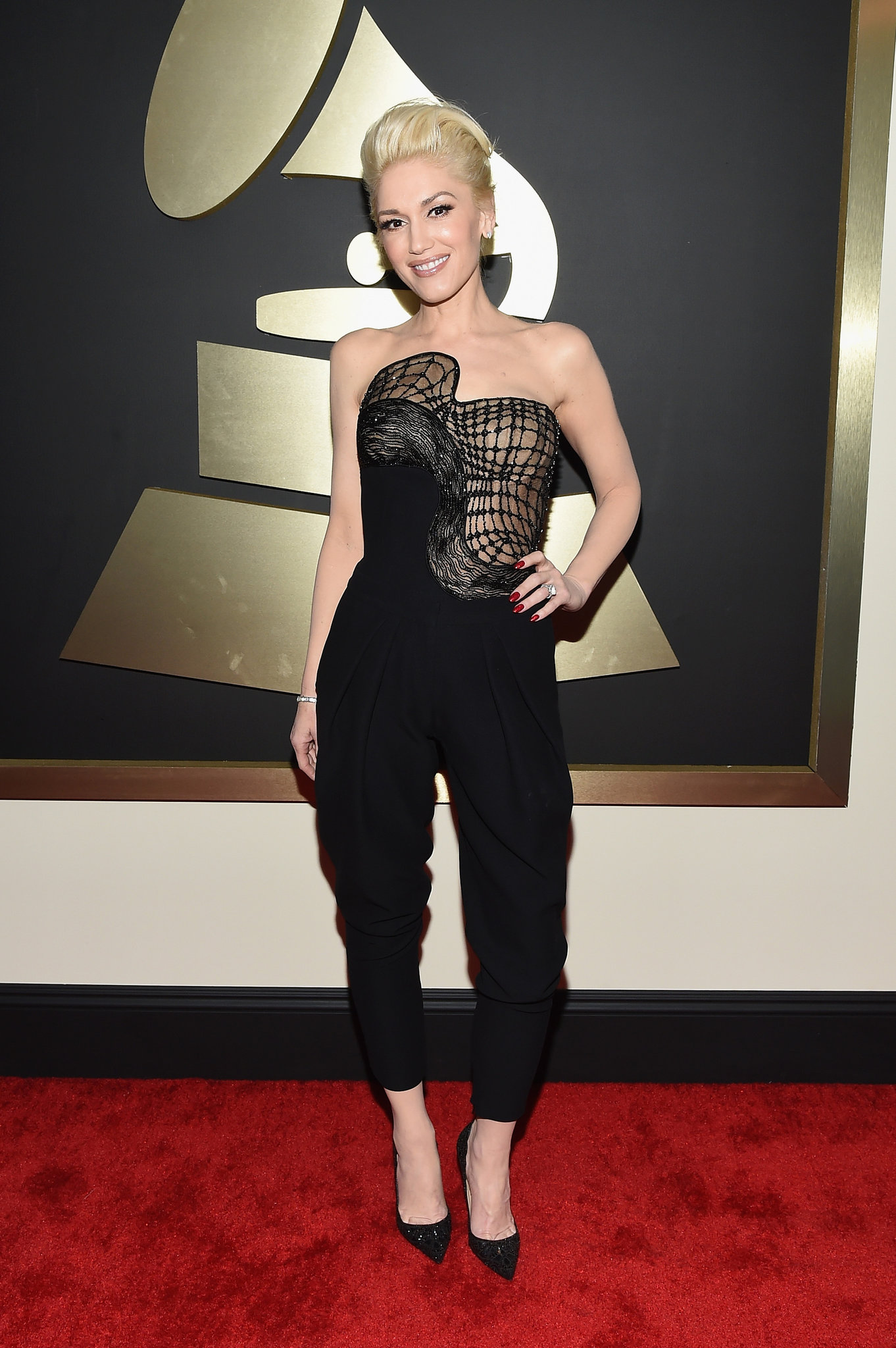 No, THIS is the worst outfit of the night: 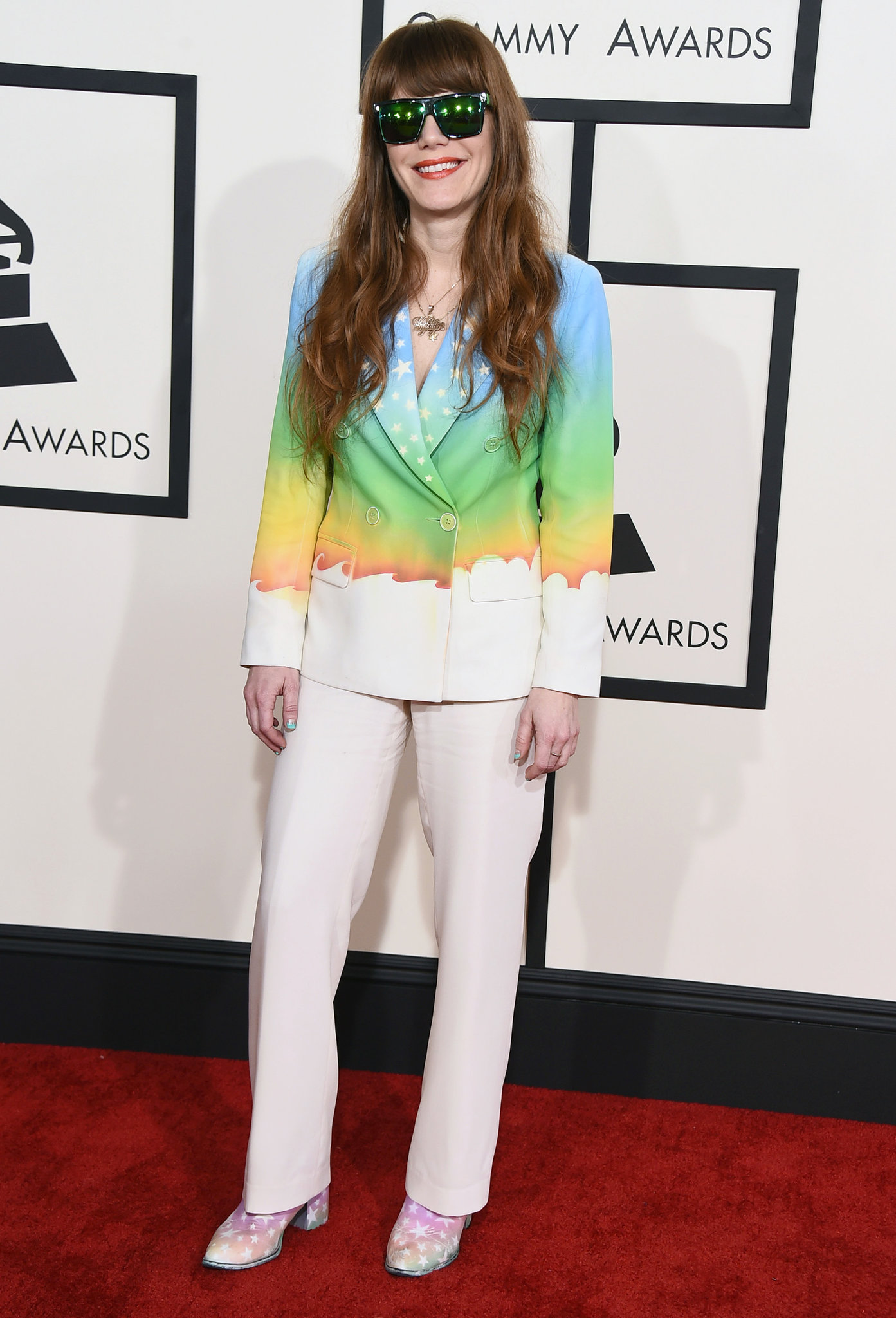