A few months ago, I did a trial run of Farmer’s Wife and tried making the first six blocks.  I used templates and fabric I had on hand.  I learned a few things, and while a couple of the blocks might have been usable, I decided to start afresh.  I stocked up on some of Violet Craft’s Brambleberry Ridge, and my current plan is to make the entire quilt out of that fabric.  Last week, I began again and made the first eight blocks as listed in the book, in alphabetical order.

The first five are relatively easy, especially since I decided to use paper-piecing this time. 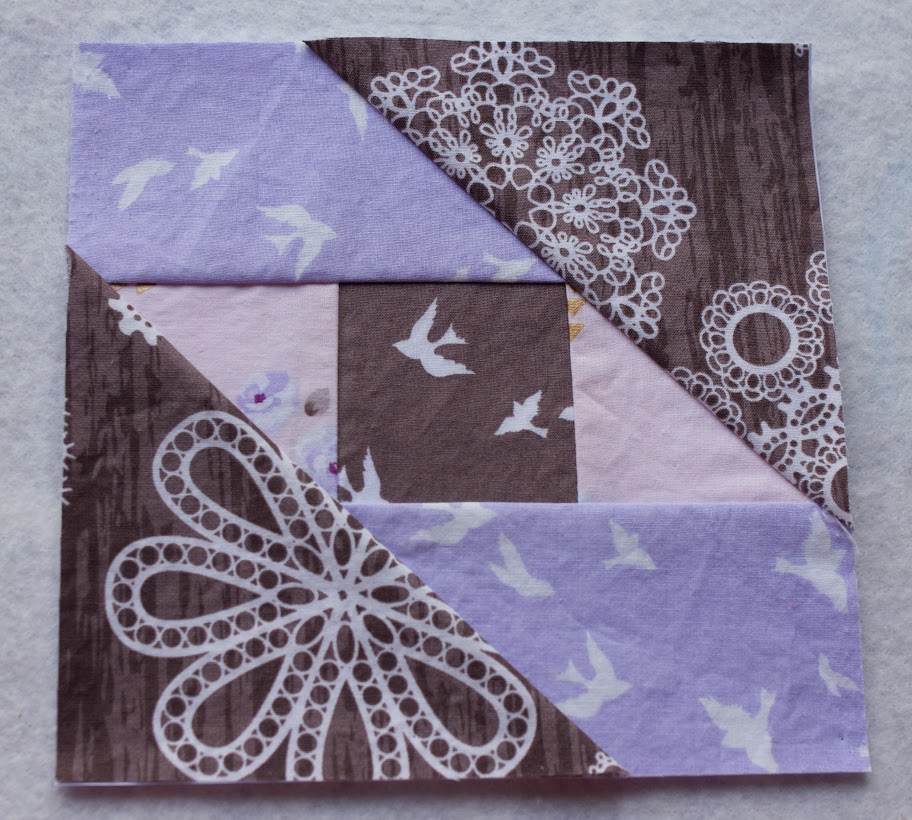 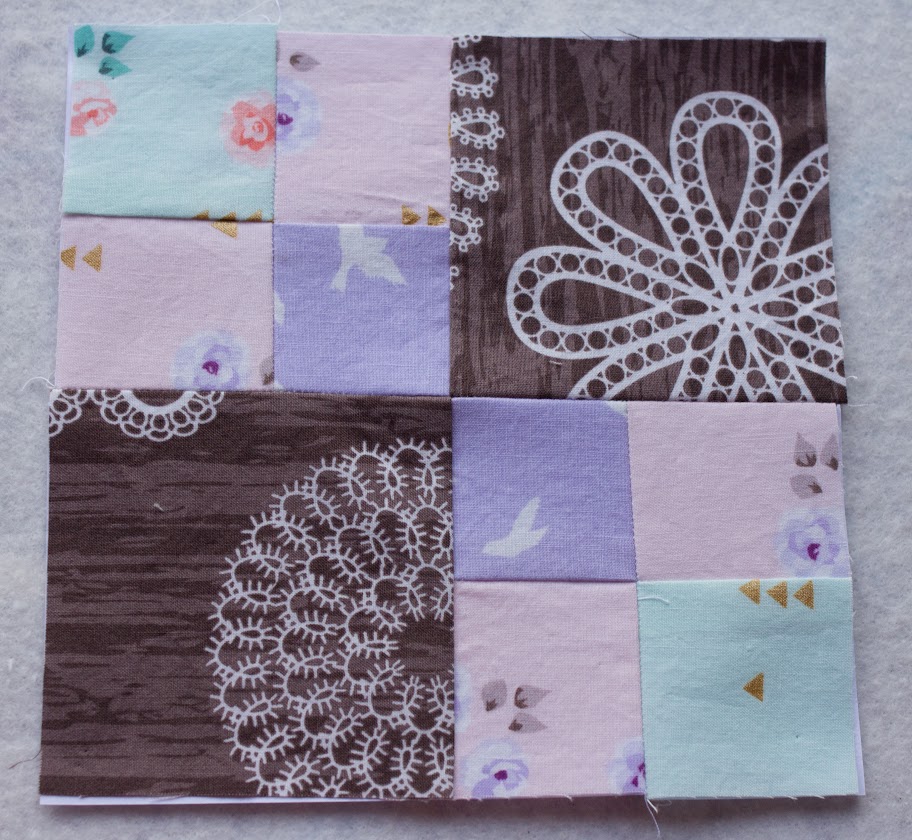 The handle on #3 was tricky.  I cut a rectangle on the bias and stretched / steamed it into shape using the iron.  I then hand appliqued it to the block. 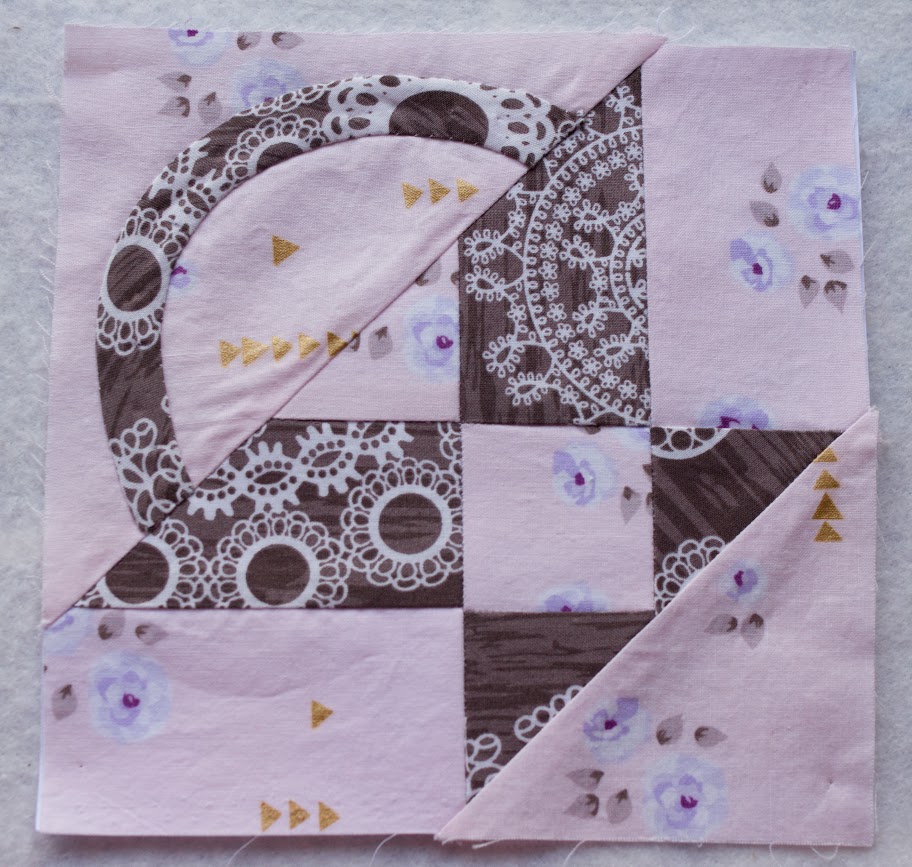 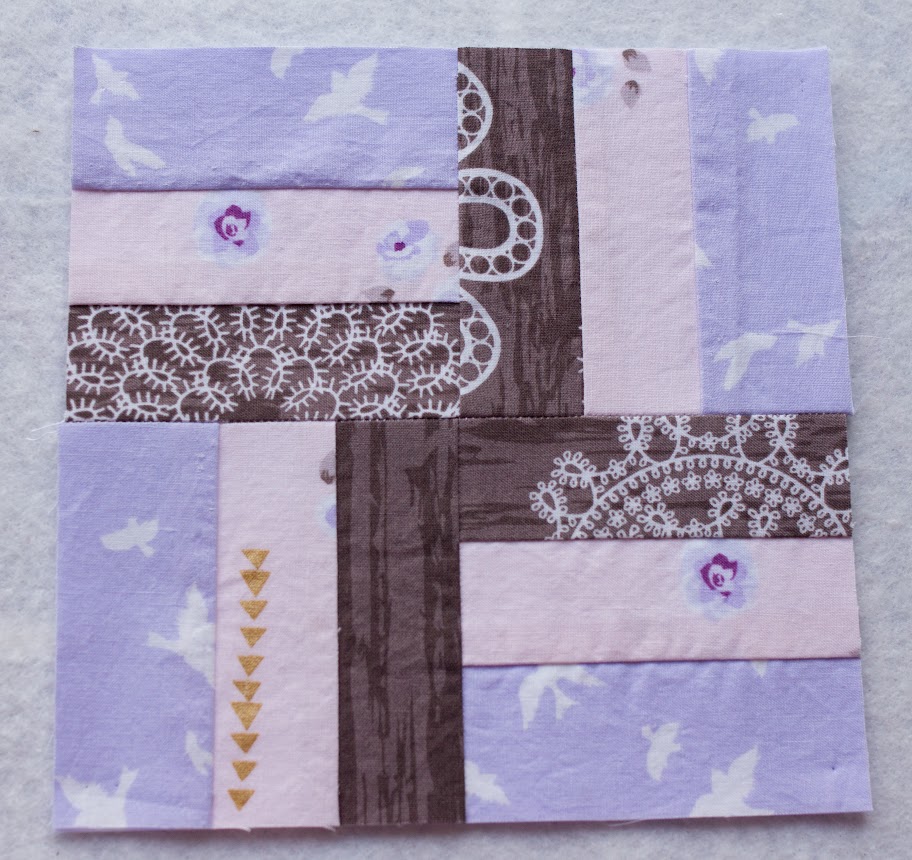 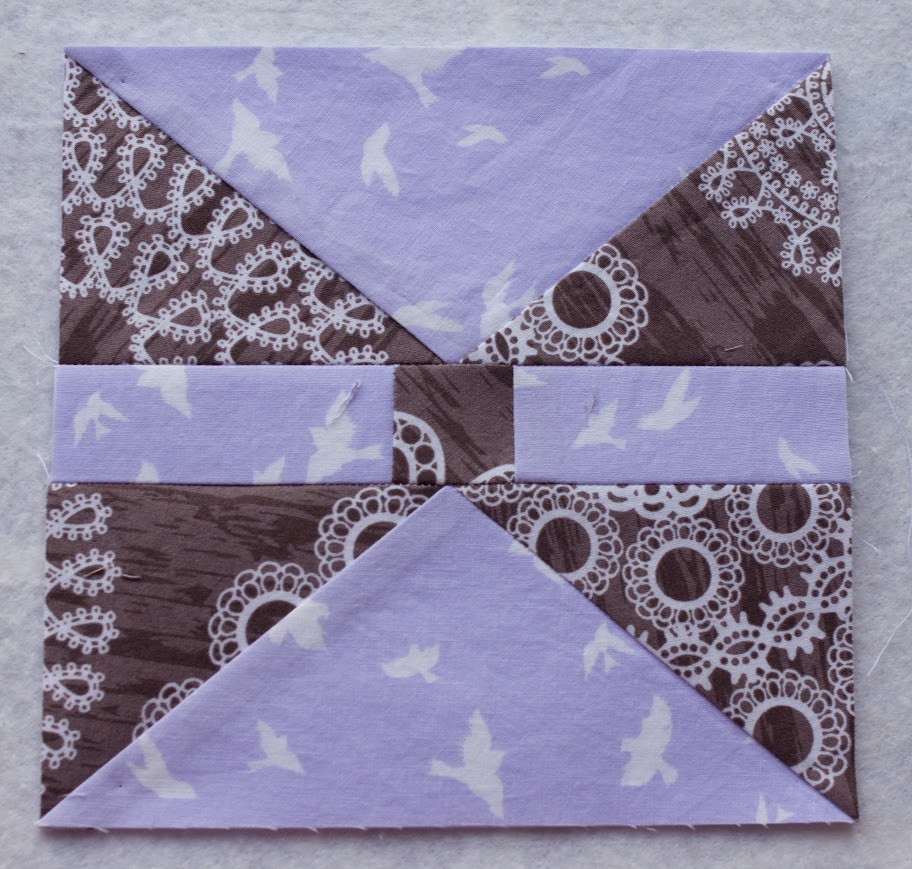 I was tempted to second guess my specific fabric choices at times, but with this project you could make yourself crazy doing that.  I’m determined to not second-guess myself and to not worry over every block.

#6 involved the most little pieces thus far.  Paper piecing made it relatively easy, however. 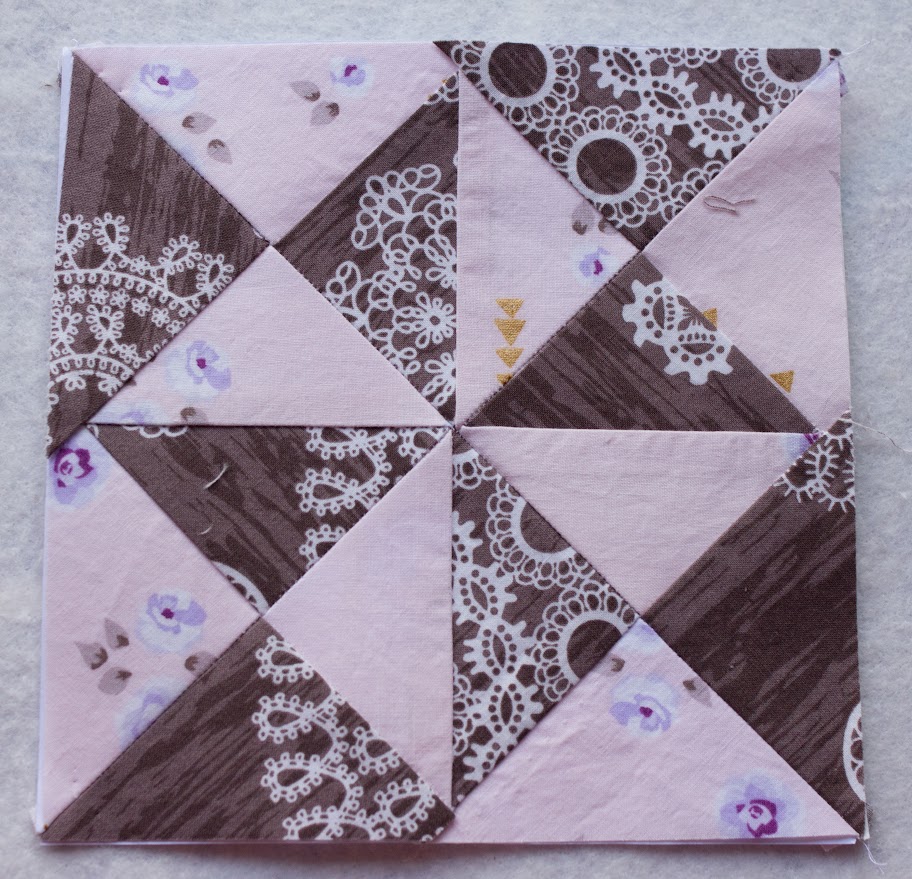 Then came #7.  #7 has forty pieces!  The finished product is a little rough, even after ripping out the horizontal seam to try and fix the triangle point three times (unsuccessfully).  However, I think in the context of a larger quilt, these minor issues will not be obvious or problematic.  I figure after I’ve made all the blocks and can go back and re-make some of the wonkier ones if needed, but I’m not going to remake blocks as I go unless they’re truly terrible. 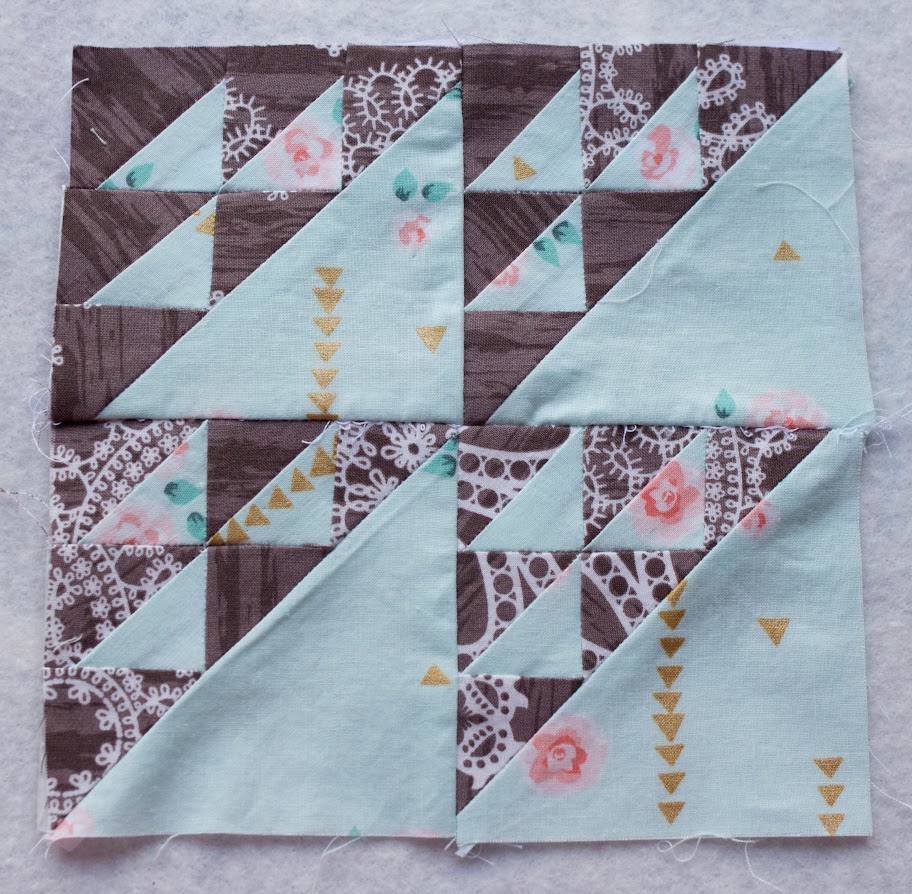 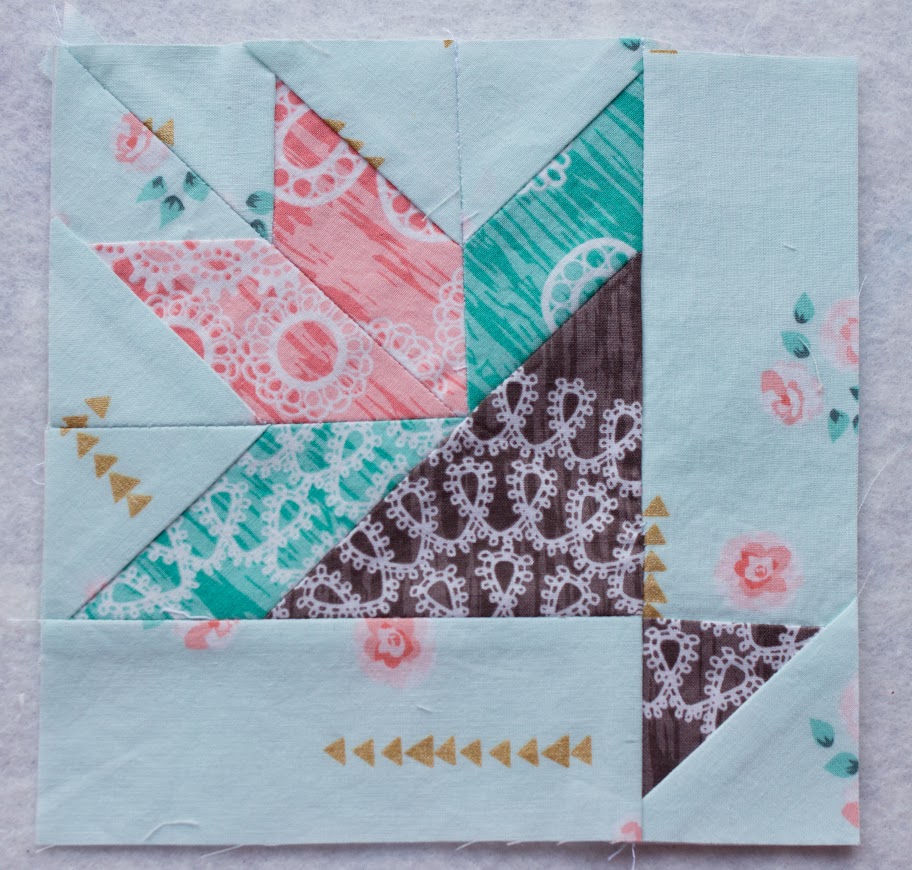