I decided that my next quilt should be a variation of the last one.  It’s very similar, but I divided the rainbow section into five columns. 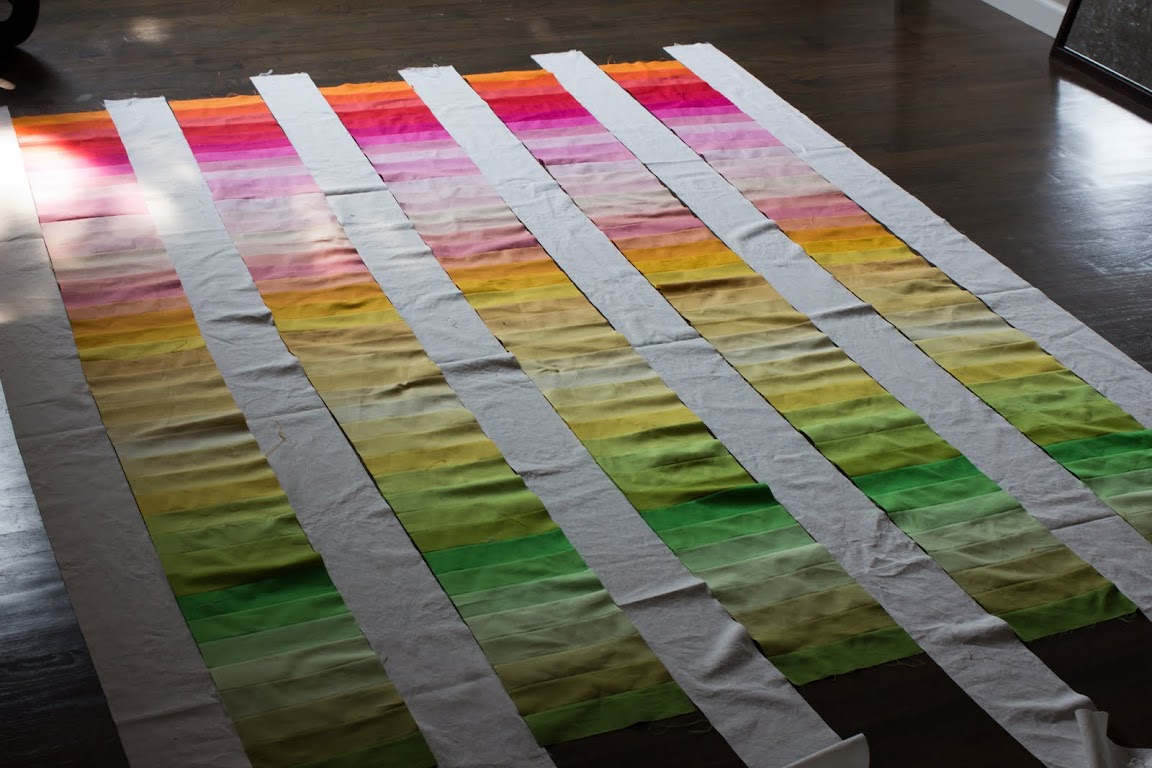 The five columns are divided by smaller white columns of a linen/cotton blend, Essex by Robert Kaufmann.  I really love the white fabric – there’s something about it. I will definitely be trying to incorporate more of Essex into my quilting in future.  In general, I’m very interested in linen lately. 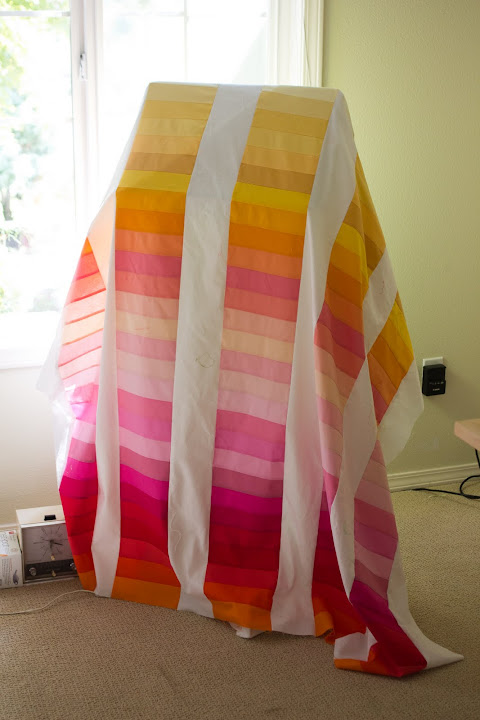 The quilt top is now sewn and ironed and ready for basting.  Ug, basting – it continues to be my least favorite part of quilting. 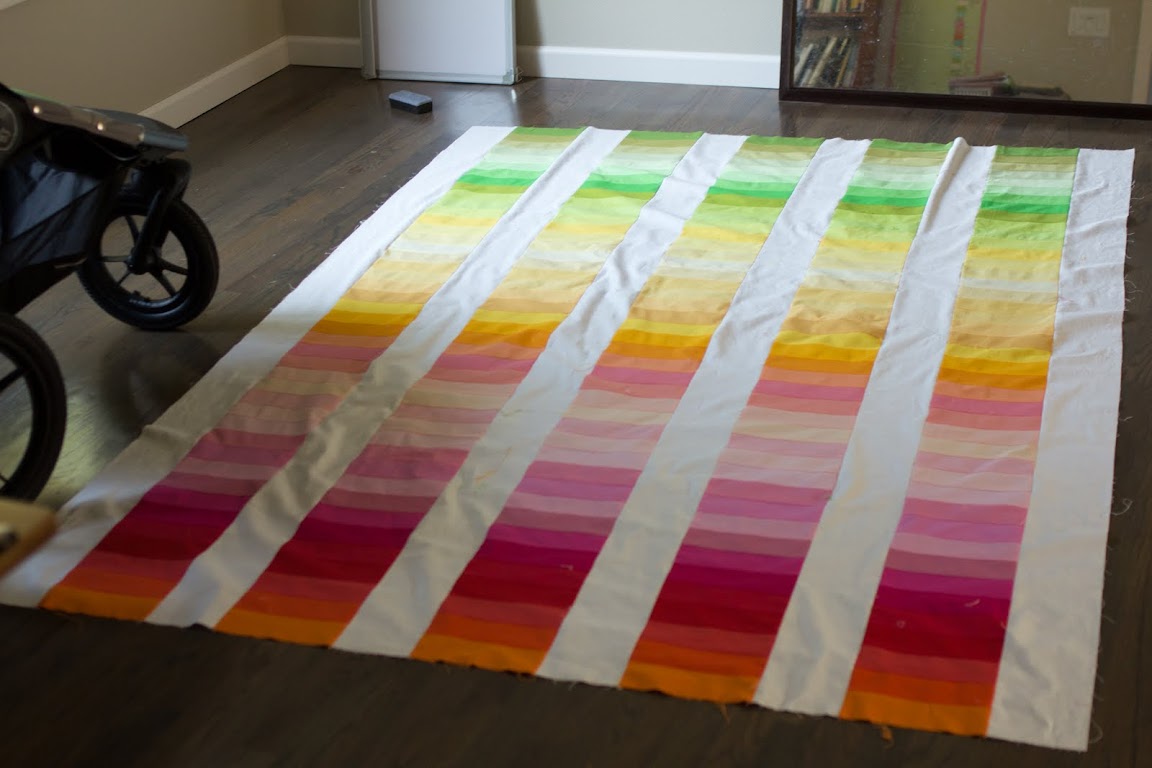 I plan to free-motion quilt this one, so I’ll be spending a little time practicing before I dive in.  This brings me to something I’ve been meaning to post for a while.  I got a new sewing machine!  It’s a Brother PQ1500s.  Checking out the link, I’m glad I decided to buy it when I did, as the price has gone up considerably since then.  I spent $650 on it, and it’s now $800.  Eek. 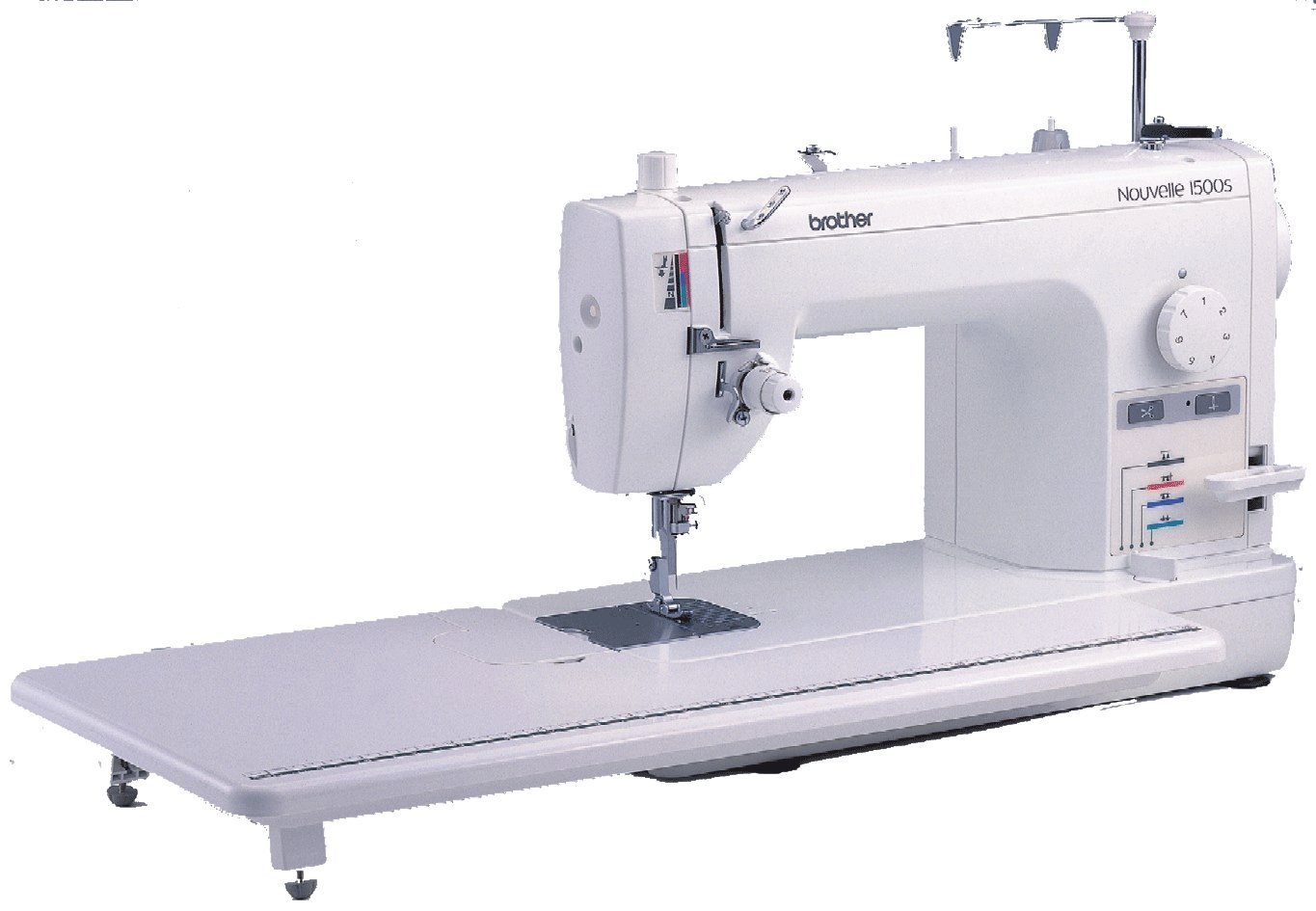 In any event, I’ve wanted a sewing machine with a larger throat for some time.  I considered machines like this, straight stitch only non-digital industrial machines, and I considered the fancy digitized machines.  Prior to the price increase, this was pretty much the cheapest sewing machine you could buy with a large throat.  It has an 8.5 inch throat with something like a 6.5 inch height.  You can tell just by looking at it that it’s very spacious. 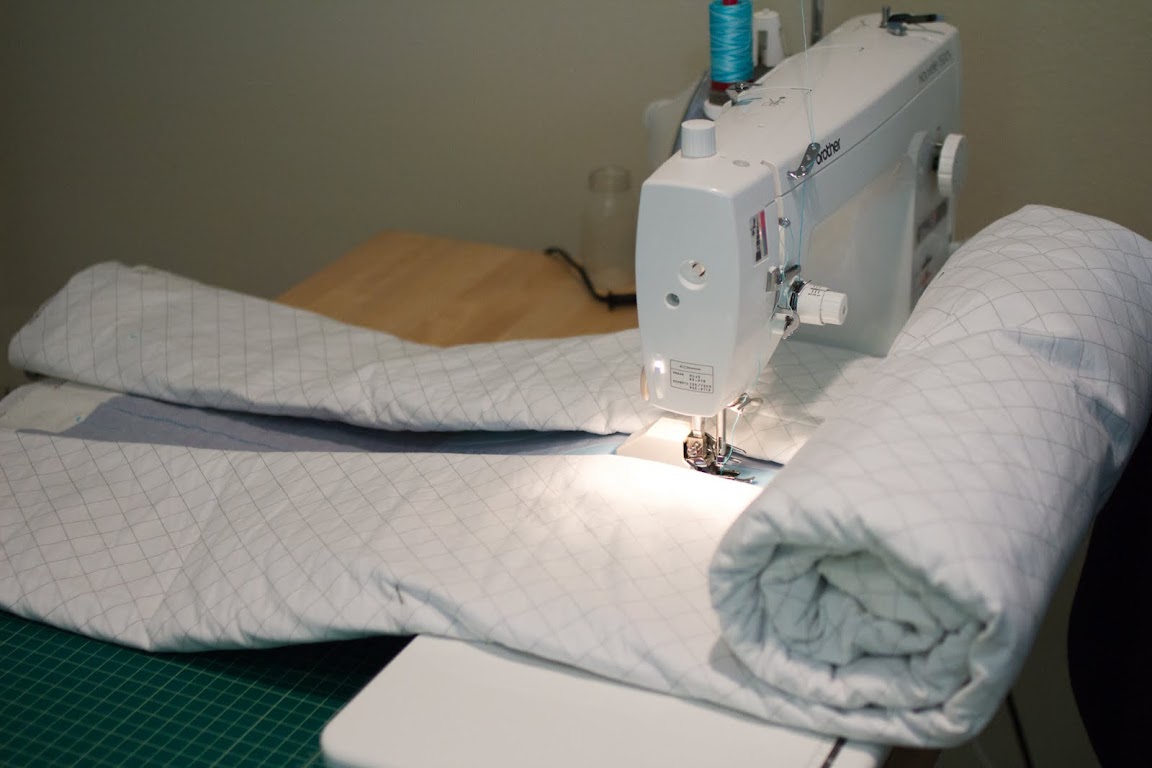 The cheapest digitized machine runs about $900 if you wait for it to go on sale, and while the width of the throat is about the same, the height is lower, meaning the cross-sectional area to the right of the needle is significantly less.  I’m thinking of the Janome 6300 here, of the 6×00 series.  The Janome 6600 is one of the most popular machines in sewing, but it runs about $1500 new.  I did strongly consider buying a 6600 used on eBay, but I consider buying an item with so many moving parts like a sewing machine a bit risky, and I felt I’d rather have the larger c-s area of the pq1500s.  I probably could have gotten a used 6600 for around $700 or so on eBay.

I also considered springing for Janome 7700 which has a massive throat.  Interestingly, it’s got a width of something like 11 inches, but the area is only slightly larger than that of the pq1500s, since it’s lower.  That machine runs $2500 new – definitely not an option – but I watched used models on eBay for a while.  It seems like you’re looking at $1300 used for that model on eBay, which I felt was just not worth it.

I have been loving my machine so far.  I’ll have to come back and add some more photos.  It is just a power house, and I love love love the extra space.  FMQing should be easy now, right?  Ha.  It is rated 4.8 stars on Amazon, and it’s accurate.  I am still getting used to the extra power, as I got whacked on the forehead by part of the feed system (on the top), and I sewed the edge of my finger.  Ouch.