Since moving into our new house, I have a space for sewing and no longer have to haul my sewing machine out from a difficult-to-reach cabinet and get everything set up to sew for 20 minutes on the kitchen table, then spend 10 minutes at the end getting everything packed up again.  It’s great!  Also, since not being pregnant, I again have energy and interest in sewing.  Not coincidentally, it’s been just over nine months (ten or so) since I last worked on a sewing project – Christmas stockings.  I don’t think I ever blogged about it, since I didn’t really finish them.

The first one was for Isla: 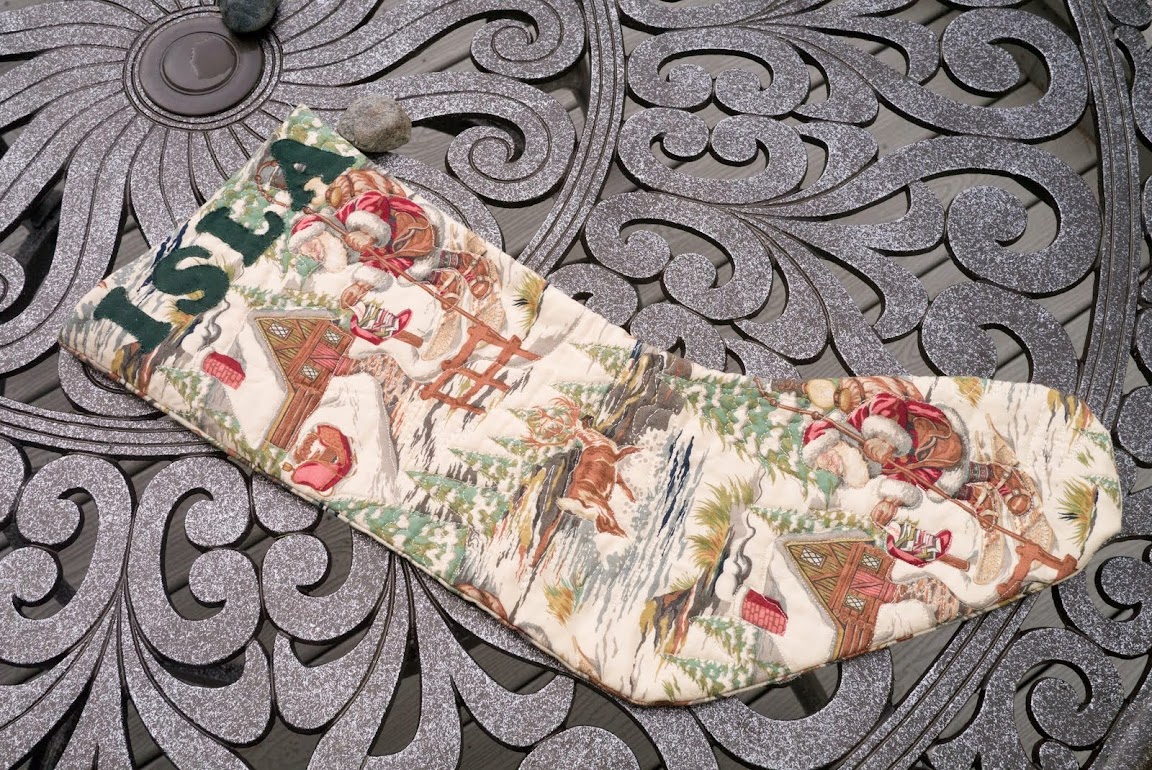 I appliqued on the letters and then hand-stitched around them.  I’m not wild about how it turned out, but it’s OK: 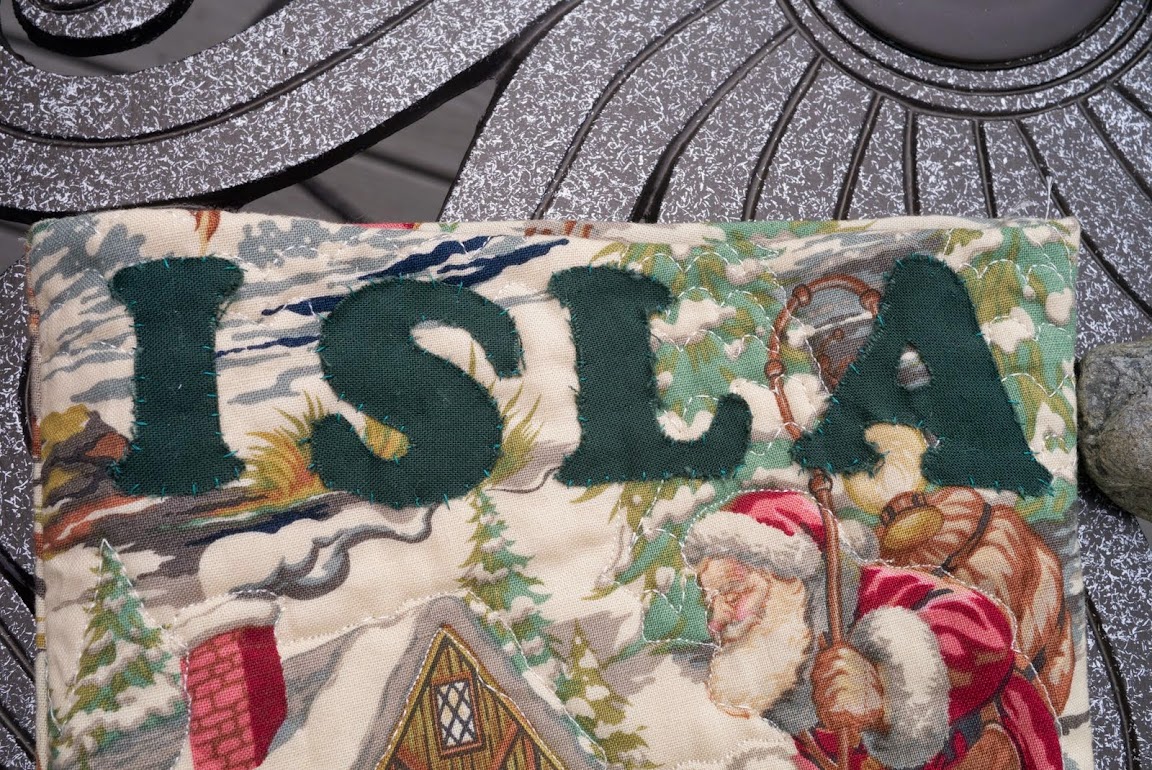 In addition, I used the project as an opportunity to work on free-motion stitching.  The top of the stocking is quilted: 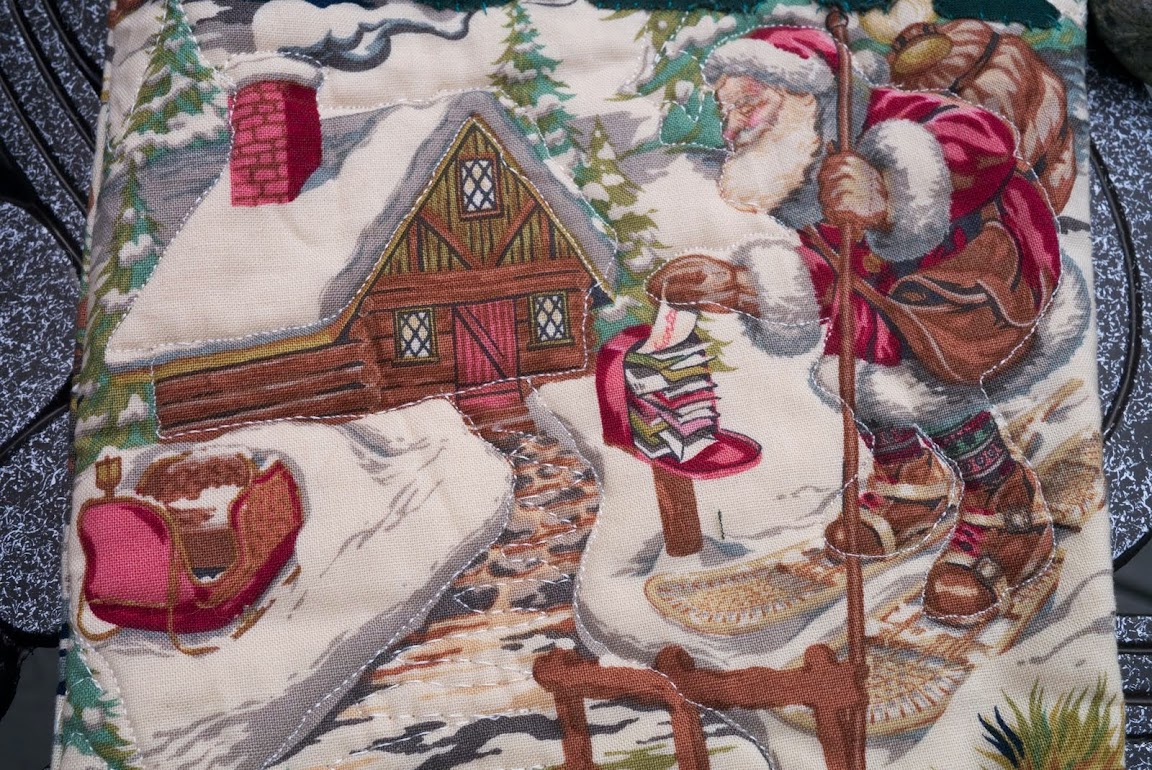 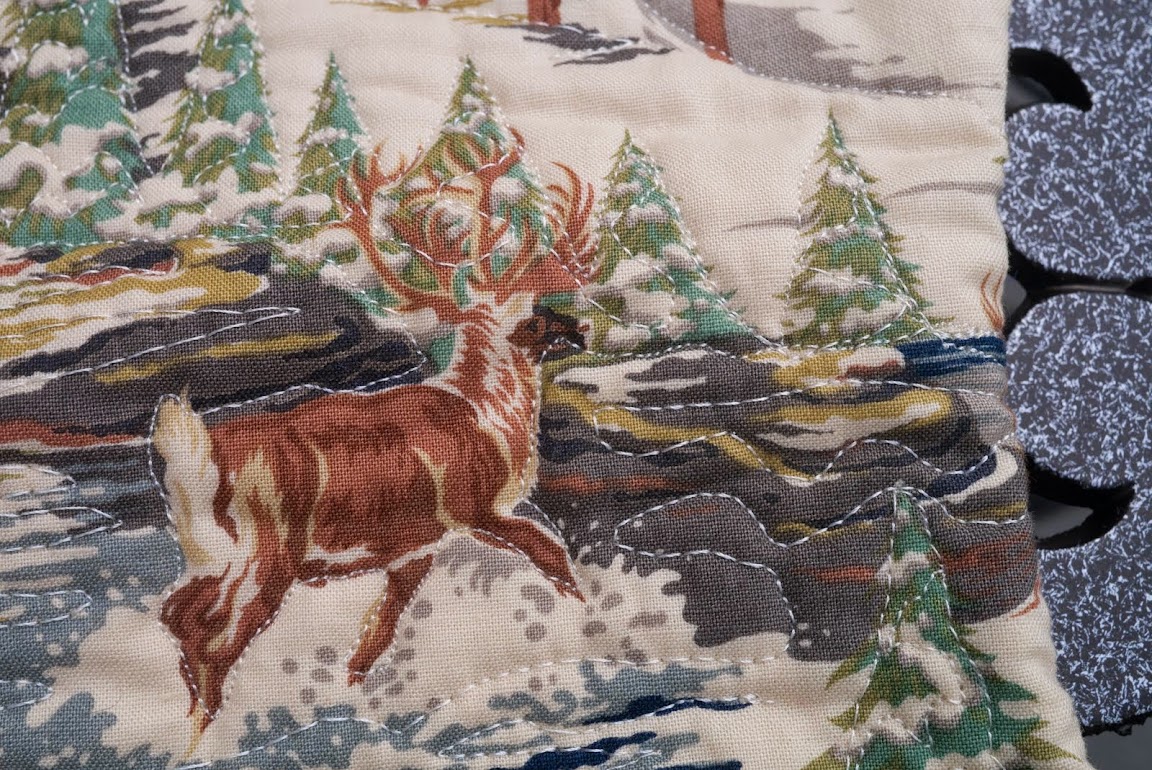 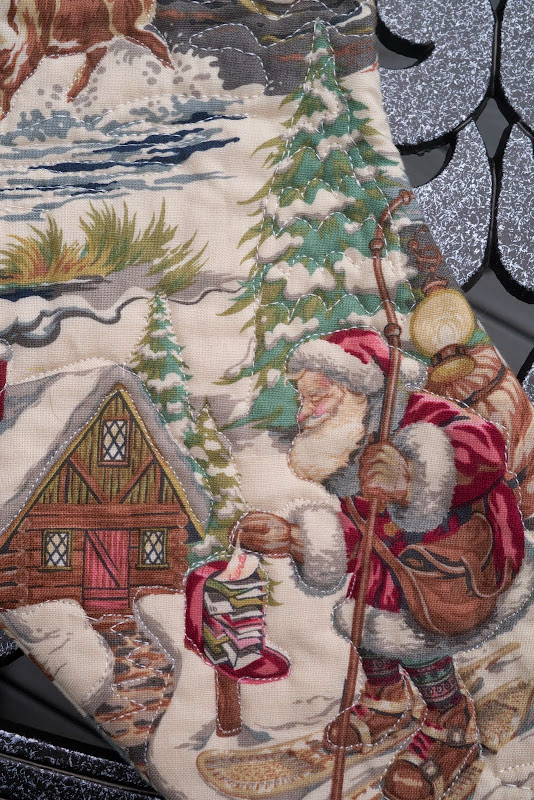 Overall, I’m moderately pleased with how this stocking turned out.  The second one I attempted, I got even less close to finishing.  I’m undecided whether to finish it or not. 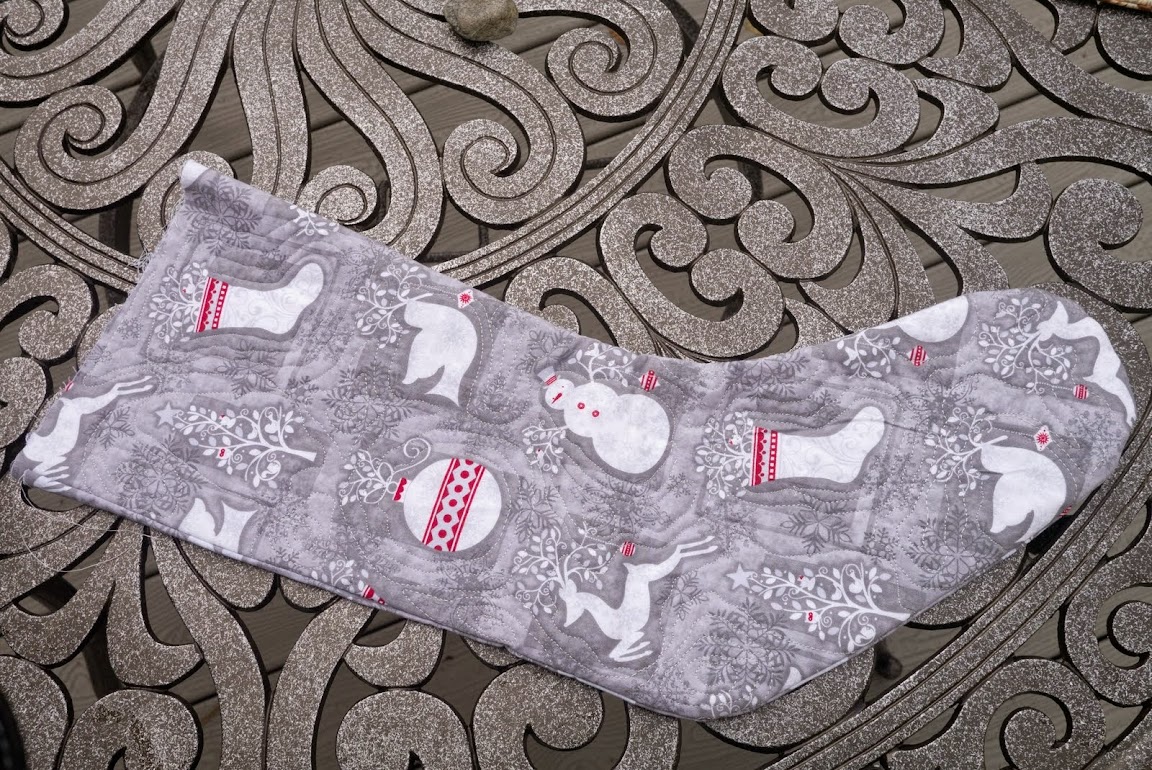 After my nine month hiatus, I decided I needed a warm-up project.  I picked a Halloween treat bag, because really the standards for this are quite low.  It must hold candy.  Beyond that, anything else is gravy.  I picked this project:

In some ways, the project was a disaster from start to finish, but really, it holds candy, and it helped me remember how to sew.  My biggest error was buying fusible adhesive instead of fusible interfacing.  I used it anyway, figuring it would add some structure to the fabric, but it also made the fabric incredibly difficult to sew with, not to mention that if I used an iron on it, it would adhere to whatever it was touching.  It made everything harder, but I persevered.  I actually think the end result turned out fairly well. 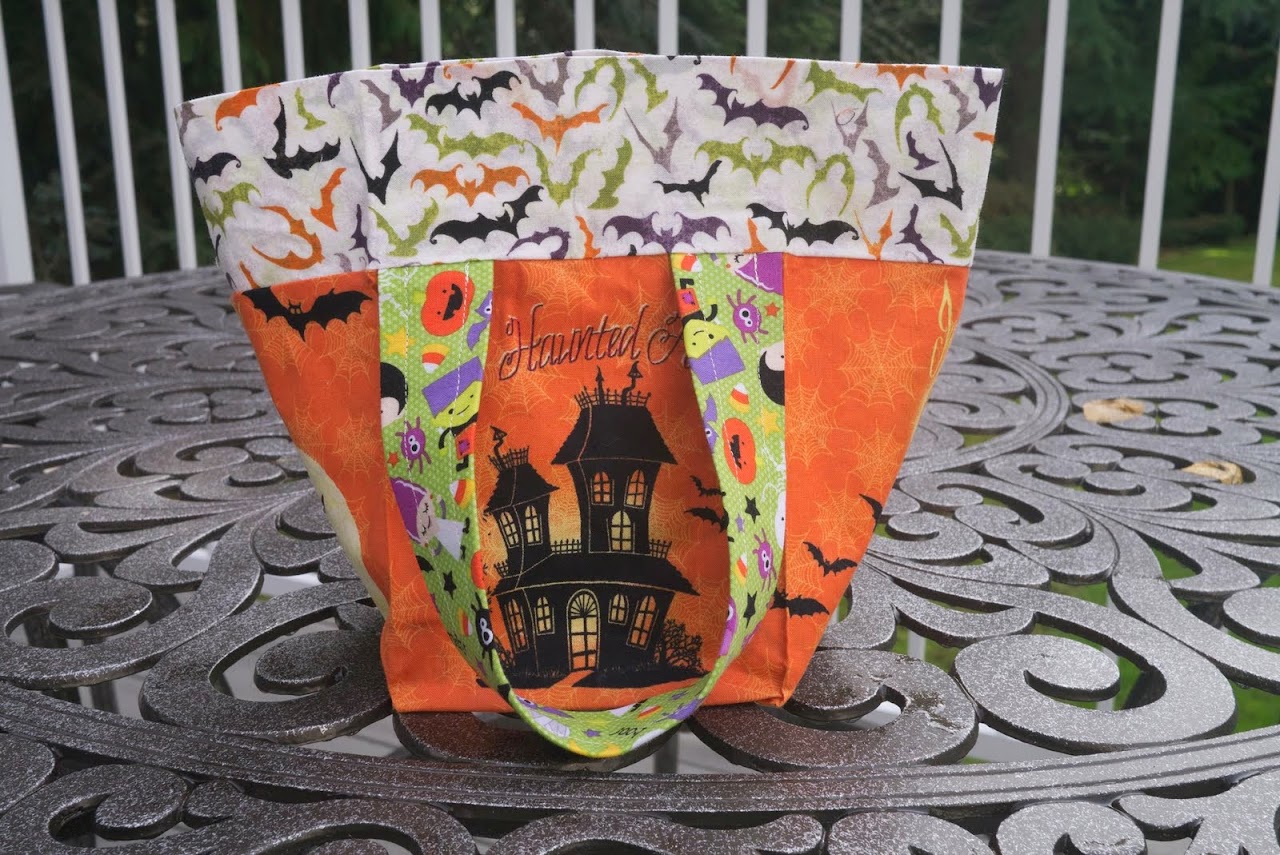 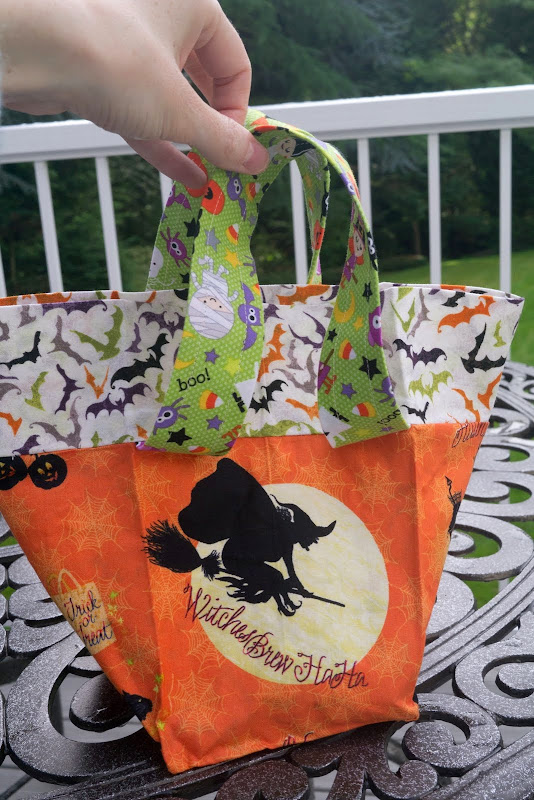 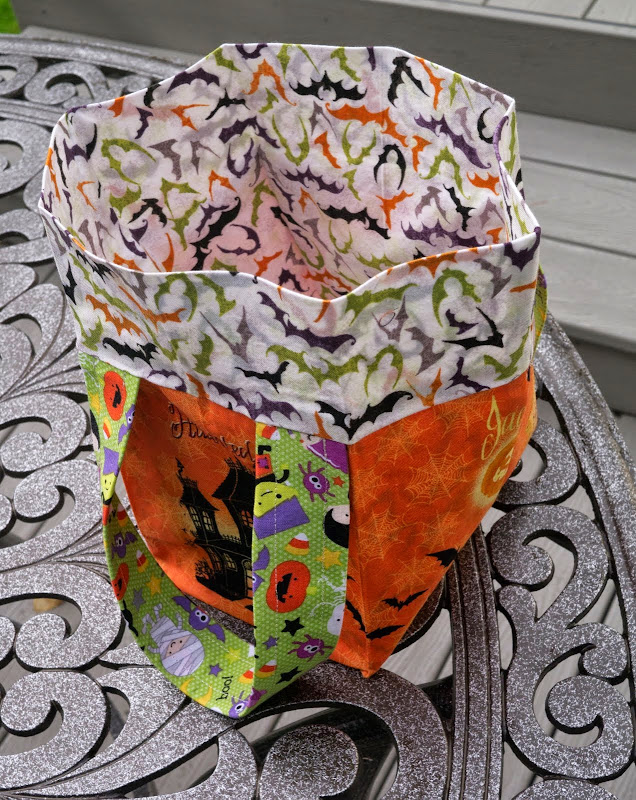 2 thoughts on “back to sewing”